Grand National Reserve System To Be Discontinued In 2023 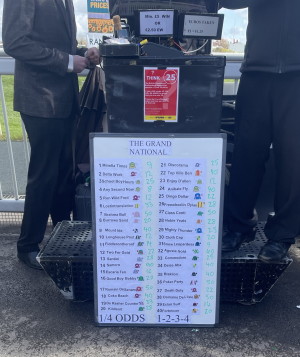 A change to the Grand National racecard will come into play next year, with the decision made to discontinue the reserve system. This is something that was first introduced into the race back in the year 2000 and has been used in a positive way since then.

The system allowed up to four reserves to be allocated for the race when final declarations were made, which was at the 48-hour stage. Should any runner be declared a non-runner in the time period between those declarations being made and 1 pm on the day before the race, the reserve would take their place on the racecard.

However, despite this being in place to keep the field up to the maximum number of 40 runners, on feedback received by Aintree Racecourse, many customers said that they found this a confusing part of the race.

We’ve seen the reserve system used to enter a total of 13 horses into the race over the years since 2000. Most recently, in 2022, the system was used to add three runners to the field, ensuring we saw 40 runners go to post for the race.

This now won’t be guaranteed to happen, but even if it doesn’t, seeing 30+ runners go to post will still keep the same feel around this special race.

Aintree Clerk of the Course Sulekha Varma has explained the decision by saying the following:

“We constantly monitor and review all aspects of the Randox Grand National. The reserve system was introduced with the aim of giving us the best possible chance of ensuring we have a maximum field of 40 runners.

However, with the Randox Grand National being such a worldwide phenomenon, there are associated demands of race day data supply which are greater now than they were when the system was introduced. The system had to operate by reserves taking the racecard position of the relevant non-runner.

This had the effect of reserves, which by definition are the lowest-rated horses in the race, appearing further up the handicap in the racecard even though they were carrying the least weight, which made the production of racecards and return of results extremely challenging for a number of outlets. This issue was raised following the running of three reserves in the 2022 race by the BHA, media outlets, international media rights holders and bookmakers.”

How Will This Affect The Grand National? 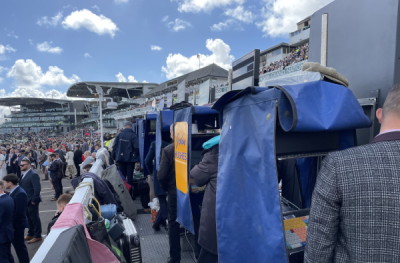 While the move will make the Grand National racecard easier to understand, with no chance of horses coming in and saddling up with numbers further up the card, what we will see is races where we don’t have the maximum field of 40 runners.

It is unlikely that this will have a big effect on things, three runners pulling out in 2022 was a rare occurrence, and a copy of that shouldn’t happen for many years.

Yes, we will see the odd race with 39 runners, maybe some with 38 and possibly 37, but that is still a large number of runners, so the competitiveness of the race is unlikely to be affected.

Those who take a long look at the Grand National and study the card as soon as the final declarations are made should find things easier from now. The full field of 40 runners will be displayed for you, and just like any other race, all will run unless pulled out as a non-runner, with no replacement joining the race.

The confusion around last year, where three runners were withdrawn, and then their numbers were used for alternative horses, should never be seen again.