For many people, racehorses will simply be the animals that carry a jockey around a track, sometimes jumping over hedges and other barriers in the process. But after the racehorse is no longer utilised as a racehorse, what then? Is it just put out to pasture and left to graze fields until it sadly passes away? Well, perhaps that is the case for some Thoroughbreds, but it is also possible in some circumstances for these racehorses to be retrained. This allows them to take on other roles. But what exactly is a former racehorse supposed to do with its time?

Well, this all depends upon the owner of the horse in the end, and whether or not they want it retrained. Yet it is possible. And what sort of process does a former racehorse go through in order to become something else? Of course, are there multiple routes that can be taken so as to retrain a horse into something other than a racehorse? What can you expect to see a former racehorse being retrained as? These are all questions that we will look at today and provide some informative answers on.

Is It Possible To Retrain A Racehorse? 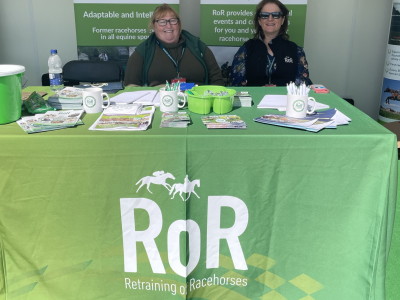 The outright answer to this question is a resounding yes. In fact, there is a charity in operation known as Retraining of Racehorses (RoR), which collaborates with various other companies to promote the adaptability and versatility of racehorses for other equestrian activities once they have retired from competition. At the same time, this company protects the welfare of the horses, funding expert care for the animals prior to them being rehomed.

RoR was launched in 2000, with the aim of raising funds from within the Racing Industry to provide help and support with regard to re-schooling and rehoming former racehorses. It received charitable status in the same year, and the much of the success of the company rests in the hands of Brigadier Andrew Parker Bowles OBE. He was the primary factor in setting RoR up and operated as its Chairman until 2007.

Of course, this is not the only company that retrains racehorses. And sometimes, people don’t require a company to do it and will simply retrain a racehorse themselves. That being said, it is always ideal for a racehorse to be re-trained by a professional in the field. This way, they’re being given the proper care and schooling needed.

It is key to note that not all former racehorses have the capability of being retrained. It depends upon their temperament, their status after being assessed by a vet, what sort of rhythm they have when moving and so on. Of course, those that are not healthy enough cannot be retrained for other equestrian activities, and this is likely why they are no longer used as racehorses in the first place.

What Sectors Can A Racehorse Be Retrained To Participate In? 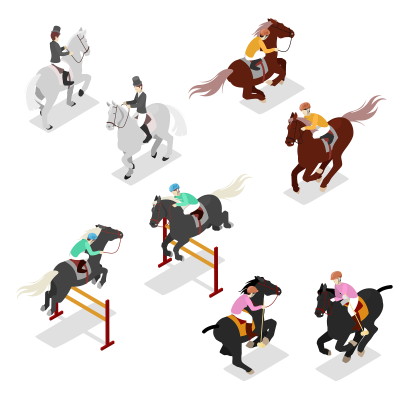 Where the RoR is concerned, racehorses can be retrained for a selection of other equestrian activities. This includes:

A variety of other specific sectors are also available for horses to be retrained and used in. Not only that, but it is probably also necessary to make mention of the fact that horses don’t specifically need to be retrained for other equestrian activities. After all, horses are used in a variety of fields, including films and music videos. Of course, there is nothing to say that these are specifically former racehorses, but it does provide information on the fact that it is a possibility. 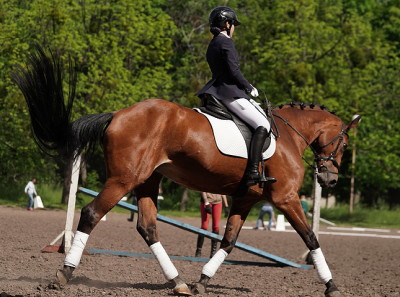 It can be said that some racehorses simply cannot be retrained due to their nature of being involved in horse racing all their lives. If this is all they’ve known, then it can be impossible for some horses to be re-schooled in anything else. There are therefore certain key features of a horse that you should look out for when deciding upon whether or not it is suitable for retraining.

YourHorsemanship.com suggests that the best horses for retraining are those with a calm temperament, natural balance, good rhythm, is comfortable for riding, has passed a good vetting process and has a soft mouth with regard to the contact.

Most racehorses have been participating in races since they were two or three years old, so while they have built up a lot of experience in that field at a young age, they’re not specifically physically mature. They’ve had a lot of routine to follow, with most of their riding work having taken place in groups. So, there will need to be plenty of assessment done before choosing to begin with the retraining process.

Above everything else, patience is required when retraining a horse in a different field. Different things affect a horse’s ability to retrain, so don’t put any sort of timeframe on them being ready for activity in any other area. Yet the crucial thing to remember is that the horse has gone from being used as a racehorse and then is taken out of that sector because you want it for something else. You need patience and time to allow it to settle into the new surroundings and new area of expertise.

Other Processes That Must Be Considered With Retraining A Racehorse 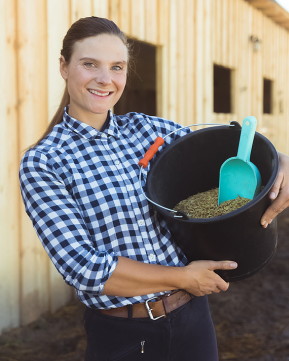 While everything may seem quite standard and expected at the moment, there are other things that a horse being retrained must go through. It is recommended that these horses are ridden every single day. This is to ensure that at least some part of their routine remains the same. Racehorses will usually be taken out and ridden at least once a day, and this is an ideal way of keeping something in place that the horse is used to already. Therefore, if you are actually an amateur rider, this could be an issue, as professionals tend to have time every day for riding purposes. Amateurs usually only get the chance to ride every few days or so.

It is also important to be careful with what you feed a horse being retrained. This is a standard concern with horses anyway. But anyone who is not used to working with racehorses may find a certain level of surprise over their lean and fit look. This may lead them to try and overwhelm the horse with food, as a way of bulking them up a bit more. Racehorses usually receive three meals per day, and this usually features a high amount of protein. A racehorse’s metabolism is developed so as to make use of that included protein, but for other equestrian events, the physical demand is nowhere near as high. Therefore, the protein needs to be replaced with fibre more so. This means that they should still be receiving three meals per day, but with a higher level of fibre than protein.

One final thing to bring into use with the retraining of horses for other fields is long lining. This is basically a horse training technique which can have a good impact on horse training progression. Essentially, the trainer is connected to both reins with this method, rather than a single one as in lunging techniques. This provides more control over the horse and what it can do than with a single rein connection. 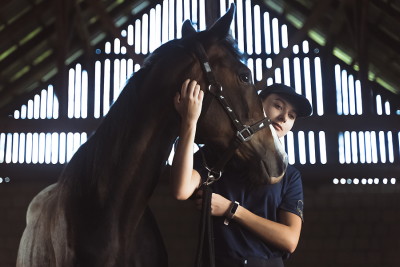 The RoR has a variety of sectors that it retrains former racehorses for, as noted earlier on. Let’s have a bit of a closer look at what some of these are:

The RoR charity has successfully retrained many racehorses and enabled them to continue being active in other fields over the years. Multiple success stories have been reported on with regard to these retraining sessions. A couple of these include details around the following horses:

This horse was brought in to the RoR charity in 2014 for a simple break from racing. Initially, the plan was for her to be returned to that field, but she was instead bought by Kathryn Dellow. Because she’d had her entire racing career as a 2-year-old, Kathryn wanted her to just get to be a horse for at least one year, and Sunningdale Rose (renamed simply to Rose) would work on manners, handling and building condition.

Rose was a fast learner in most areas, but even despite a few tantrums along the way, Kathryn continued the horse’s retraining with patience. Something even more spectacular happened along the way of Rose’s retraining, though. Kathryn’s loan pony (who was approaching the age of 30) was going blind and losing her hearing as well. But when the evenings drew in, Rose would be there to assist her in navigating across the fields, almost being like a guide horse for her older equine friend.

The idea was for Rose to become a hack in the end, though. This refers to a horse that can either be used for pleasure riding as light exercise or as a show horse, where quality and good manners are very much important. Rose seemed to automatically excel in this area, operating as a sensible hack with “impeccable manners”. Former racehorses often come with a very stereotypical label, but Kathryn has found them to be the most loving and gentle giants with a lot of love to give.

Sirius Chesnut was first brought to Katy Ferrari in 2015, and at the time, he was not able to canter for more than three strides on a 20m circle. However, Katy was determined to retrain this former racehorse so as to become a dressage champion. Known as Declan at home, Sirius Chesnut went through about one year of retraining before the duo went forward with a dressage test in April of 2016. Katy’s aim at the time was to simply stay in one piece and remain inside the arena. So, imagine her surprise when they actually won with a score of 72%.

From that moment on, Declan’s dressage career was pretty much set. It was in early 2017 that Katy saw an advertisement via Facebook which was seeking members to join the RoR Quest Team. Through this ad, she and Declan became a part of the Central Recycled Racers Dressage Team – this team has gone on to qualify for the RoR Quest Regional Finals on three occasions.

Not only that, but Declan and Katy went to the National Championships at Aintree in both 2018 and 2019, as well as the Blenheim Palace Championships in the same years. Multiple achievements and accolades were won by Declan throughout the proceeding years, and even though the 2020 COVID-19 pandemic put a stop to any events for a long time, Katy hopes that things will continue to get better in the retrained racehorse world. Declan is definitely proof of the fact that racehorses can be perfectly retrained.