What Reasons Are Horses Disqualified For? 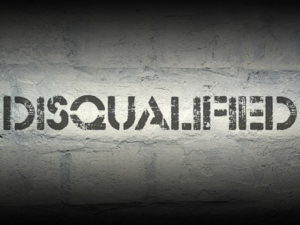 Horse racing is one of the most popular sports in the world. In the United Kingdom, only football beats horse racing when it comes to the number of people that watch events live or place bets on them. Just because something is popular, though, doesn’t de facto mean that those that engage with it understand every aspect of it. The old cliché is to ask someone to explain the offside rule in order to prove that they know how football works, but there are plenty of aspects of sports like horse racing that not everyone understands.

One aspect of horse racing that can be confusing is why a horse has been disqualified from a race. Not only that, but a horse being disqualified can result in all sorts of things happening to your bets that aren’t clear if you don’t know the rules and regulations in place to deal with such an occurrence. Some bookmakers will offer insurance or another form of cover that would see your bet protected if your horse were to be disqualified, whilst others will just take your stake, thank you very much. The question is, why might they be disqualified in the first place?

Here we will have a look at some of the reasons why a horse might be disqualified from a race. It is worth bearing in mind that this information is true and accurate for races that take place in the United Kingdom, but things might be different if you’re watching a horse race in a different country. Racing from the likes of the United States of America and France is popular for British people to bet on, for example. It is also important to acknowledge that this list is unlikely to be exhaustive, but we will look at the most obvious examples. 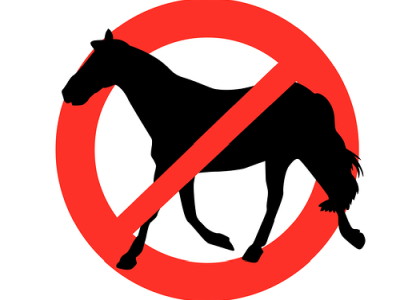 The first place to start is with the act of interfering. It is extremely unusual for a jockey to intentionally get their horse to interfere with another, though that doesn’t include moving over in order to block a lane off or something like that. What we’re talking about is when a horse has interfered with another competitor in a manner that is considered be illegal. If the horse has stopped another from being able to earn a place and the associated prize money, this would definitely be a reason for a disqualification to be issued to the guilty party.

In 2020, the Chief Regulatory Officer of the British Horseracing Authority, Brant Dunshea, wrote a piece explaining why he felt the BHA’s stewards were correctly applying the rules around interference. He felt that the UK is lucky, on account of the fact that the jockeys took the welfare of their horses as well as their fellow competitors extremely seriously. As a result, according to Dunshea, stewards on a race day will usually find it relatively easy to decide whether interference requires their involvement or whether it was not a deliberate act. 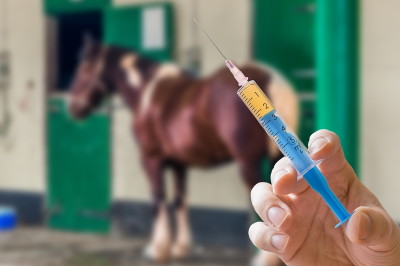 In the wake of a race, it is usual practice for some or all of the horses to be required to take a drugs test. There are any number of illegal substances that might appear in a horse’s blood stream in the wake of a blood test, but the very presence of such a substance in their blood will usually lead to a disqualification being issued. Horses can sometimes be given steroids for medical reasons, for example, but the drug needs to have cleared their system within two weeks of the race taking place, so if it hasn’t it will show up.

It might seem odd to disqualify a horse for having a small amount of steroids in their system, but some steroids, such as betamethasone, will reduce swelling. This is not a performance enhancing drug in and of itself, but the very fact that a horse is benefitting from it when others in the race are not gives them an unfair advantage. A disqualification can be costly not only for the horse, but also for their connections, given that the prize money is unlikely to be awarded to a horse that has been disqualified for any reason.

In perhaps one of the oddest moments of horse racing in 2021, Alizarine was disqualified from the Colm Quinn BMW Irish EBF Fillies Maiden in the Galway Festival in July, after the horse could not be positively identified, after the race had been run. Alzarine won the event comfortably for trainer Jessica Harrington, but as the connections celebrated the winner, an objection was placed about its true identity. A stewards’ enquiry was called, which resulted in Alzarine being disqualified and Twinkle, the race’s runner-up, being declared the winner.

As it turned out, the disqualification was entirely justified. Speaking after the race, Harrington said that it was ‘human error’ that had led to the wrong horse being run. She said, “They are two bay fillies that look exactly the same. One has a tiny little bit of white on the back of her hind coronary band but they are the same size and very similar.

“My representative Bubba Amond held his hands up straight away.” Harrington was quick to ‘apologise to everyone’ for the mistake, with the disqualification being entirely correct.

What Happens To Bets If A Horse Is Disqualified? 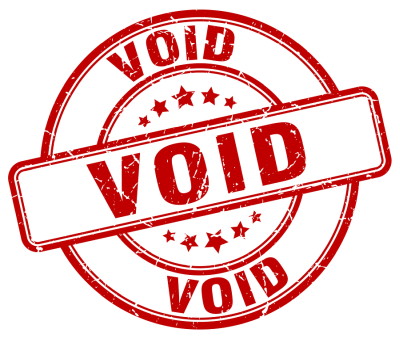 One of the main questions that most punters will want an answer to, is what happens to their bets in the event that a horse has been disqualified from a race. The answer is not a straightforward one, given that it will depend entirely on when the disqualification is confirmed by the race stewards. There are essentially two times that a horse can be disqualified from a race: before final declarations and the race result is official or after the result has been declared and made official. Which one of those it is will dictate what happens to people’s bets.

If the result has been declared as official, bets are paid out accordingly regardless of whether the horse that won or finished in the places goes on to be disqualified. If, on the other hand, a horse is disqualified before the final declarations have been made, most bookies will not pay out on the horse in question. If they have paid out, of course, they won’t ask for their money back, but you can consider yourselves fortunate. The people it does affect, from a financial point of view, are the owners and jockeys, given that even post-race disqualifications will have an affect on the purse payments.