What Is Rule 4 When Betting On Horse Racing? 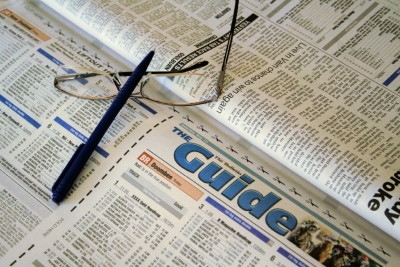 The Grand National is notable for being a race that people who don’t often bet on horse racing will have a flutter on. There’s nothing wrong with that, especially as bookmakers tend to make all sorts of offers when the world’s greatest steeplechase rolls around, giving you the perfect chance to have a bet at the same time as mitigating some of the risks that you’d have to take on during most of the rest of the year. Yet if you don’t tend to bet very often then you might not know the full ins and outs of betting parlance, meaning that you’ll not only be unsure what’s someone’s talking about when they use certain phrases but will also be clueless as to why your winning bet hasn’t paid as much as you thought it would.

Rule 4 fits in perfectly as far as both categories mentioned there are concerned. It’s the sort of phrase that bookmakers and fellow punters might throw around willy-nilly, so having a vague understanding of what it means will stop your from feeling clueless if you’re in someone’s presence when they use it. In short, Rule 4 allows bookies to make an amendment to your winnings in the event of there being a non-runner in a race, meaning that you’ll be paid less than you were expecting if your chosen horse is a winner. It’s something that looks quite complicated, largely because it is, but you don’t need to worry it about because the bookmaker will deal with it automatically. It just helps to have a vague idea what it’s all about. 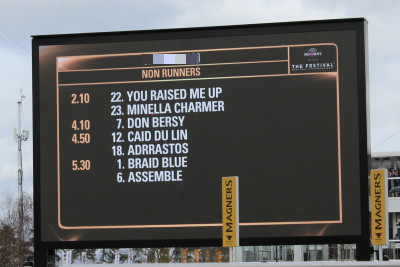 Bookmakers use the number of horses taking part in a race to help them determine the odds that they will offer on all participating horses. The result of that is that if there ends up being a non-runner in a race then a bookie’s pre-prescribed odds will be thrown all out of whack.

Bookmakers survive because they add an edge to all of the odds that they offer to allow them to balance the books. If a horse is a non-runner then the stakes of people who’ve bet on that horse will usually be paid back to them, unless the bet was placed well in advance of the race and they were given favourable odds with the risk being that their stake would be lost if the horse ended up being a non-runner.

With that in mind, a non-runner will not only cause a bookmaker to lose money in the sense of having to pay people back their stakes but it will also cause them trouble because of how they worked out the odds offered on all horses before the race. To put it very simplistically, imagine if a bookmaker had offered odds of 40/1 on a horse that it would probably have offered 35/1 on if there had been fewer horses in the race.

That horse then goes on to win the National when there’s a non-runner, meaning that the bookie has had to pay £5 more per £1 bet than it would have if it had known the non-running horse wasn’t going to take part in the race. A simplistic way of looking at it, but hopefully you can see why bookmakers feel the need to have some sort of recompense in the event that a horse fails to take part in the race.

How It Works In Practice

Now that you understand why Rule 4 is in place, it’s worth having a look at how things work in reality. In essence, Rule 4 allows a bookmaker to deduct a given amount from your winnings depending on the odds of the horse that ended up being a non-runner. In other words, if it was the favourite then they’ll be able to deduct more from your winnings to cover their losses than if it was an outsider.

Here’s how Rule 4 works in reality:

The good news as far as the Grand National is concerned is that the majority of horses taking part in the race will have odds of 14/1 or greater, so there’s a real chance that none of your winnings will be deducted even if there is a non-runner. That’s not always the case of course, but it’s worth bearing in mind that when Tiger Roll won the Grand National in 2019 as the favourite, having won the race the year before, he did so at odds of 4/1.

In other words, even when a horse was felt to be nailed on to win the race it still had relatively long odds, so the chances are that you won’t even notice any difference to your winnings if the National you’ve bet on has a non-runner.

One thing worth thinking about on the flip side of that is that a lot of bookies don’t bother removing anything from your winnings if the horse withdrawn from the race had odds of 10/1 or greater because they weren’t really thought of as being a serious contender. That’s not necessarily true with the National, however, where the majority of the horses running will have odds of 10/1 or greater.

Can You Avoid Being Hit By Rule 4? 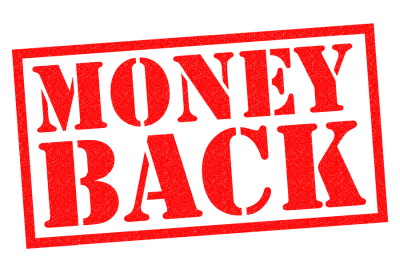 You might well see the threat of having a fifth of your winnings deducted from your payout as being great enough to ask if there’s anything you can do to avoid having to obey Rule 4. The honest answer to that is that you need to get your timing pretty much spot on.

In the weeks leading up to the Grand National you’ll find that bookmakers are keen to get your business, so they will begin offering numerous different things to persuade you to bet with them rather than one of their rivals. If you’re thinking of betting ante-post then you might well be able to take advantage of the fact that Rule 4 doesn’t apply to ante-post bets.

The key is to wait until a couple of weeks before the Grand National is due to take place and keep an eye out for bookmakers offering Non-Runner, No Bet deals (NRNB). That means that your stake will be refunded to you if the horse that you’ve bet on is a Non-Runner, so you’re essentially covered both ways.

That is to say, ante-post bets are not liable for Rule 4 deductions, but they’re placed at the risk of losing your stake if your horse is the one that ends up being a non-runner. By taking advantage of the NRNB offers you’re ensuring that you don’t have to pay Rule 4 deductions if there’s a non-runner in the National you’re betting on but you also won’t lose your stake if it’s your horse that ends up not running.

What Are The Other Rules?

Rule 4 is the best-known of the rules that govern racing because it’s one that can effect how much money you win if your horse is victorious, but it actually comes in the middle of a series of other rules known as The Tattersalls Rules of Racing.

The idea behind the Rules is to ensure that both bookmakers and punters know what will happen to their bets in any given circumstance. Here’s a look at the other rules on the list: