Their best finish to date was in 2018 where they came 4th. They were ridden by Barry Geraghty and trained by A J Martin. 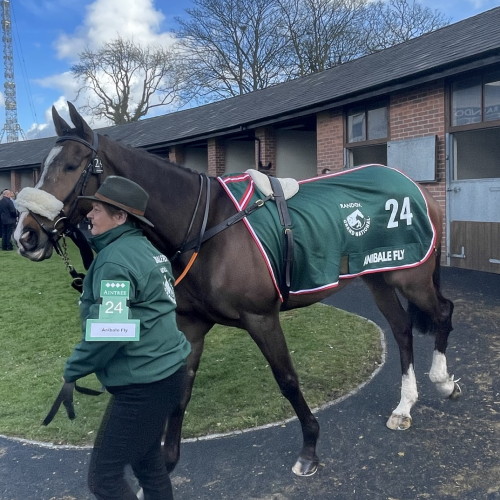 A horse who has spent many years running in some of the biggest races in both the UK and Ireland. However, Anibale Fly has struggled to win on a regular basis, despite running well and probably being a horse that many people believe should have won a big one.

Foaled in 2010, trainer Tony Martin has placed this horse in the biggest events, running in multiple Cheltenham Gold Cups and multiple Aintree Grand Nationals. But all without success, the horse’s only graded win came in a Grade Three novice chase in 2017.

More often than not, the bridesmaid, but still, a very talented one at that.

Although not quite being good enough on the day, he ran very respectably on both occasions, carrying a big weight around Aintree, staying the trip and jumping well over the big fences. He wasn’t too far behind either, losing by 11 and a half lengths and 16 and a half lengths these two years.

Since then, he hasn’t been able to match those two efforts, though it has to be said that these came at a time when the horse was past his best. In 2021 he was pulled up at fence 13, never really going well, and in 2022 he was brought down at the third fence.

In the 2018 race, he stayed on very strongly in the closing stages, showing that even the Gold Cup distance of three miles and two furlongs was not really enough to properly test this horse. He never got really involved, finishing eight and a half lengths behind the winner, but with another furlong or so, he would certainly have made the race interesting.

A year later, his position improved by one, and he got closer to the winner, Al Boum Photo. He was two and a half lengths behind the Willie Mullins-trained winner, and again the story of this race was that he was unable to get on terms over this distance. At times during the race, he was pushed along, struggling to go the pace, but really stayed on strongly, better than the rest, in the closing stages.

That got him close, but not close enough, and the horse had to settle for second, and he’s not been back to the Cheltenham Gold Cup since. 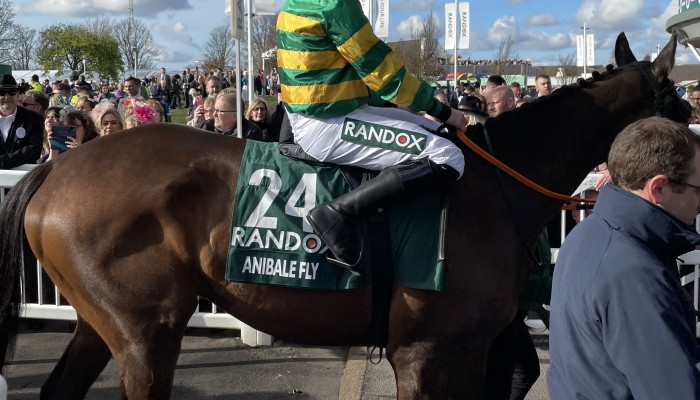 This horse went straight into racing under rules, and despite being a staying chaser in the making, he had success at an early age, both in flat races and over hurdles. He was second on debut in a national hunt flat race but won his next two starts to round off his first season well.

Then he went hurdling, winning on debut, and winning a good handicap further down the line. He was also thrown into Grade One company this season, finishing a respectable third in a Grade One Novice Hurdle at Naas.

The following season he went chasing, he won on debut and then also won a Grade Three later in the season. However, his best runs were when he didn’t win, he finished second in two Grade One contests, the Drinmore Novice Chase at Fairyhouse and the Champion Novice Chase at Punchestown.

It’s disappointing to say, but the big race wins just really haven’t been there for Anibale Fly, despite putting up some great displays over the years. He won a Naas Grade Three novice chase, and this is his only graded win on record so far.

However, he did also pick up another strong race, the Paddy Power Chase, a hugely competitive handicap that takes place at Leopardstown over the Christmas period, and he won this in 2017.

However, none of these adds up in terms of quality to his placed efforts. This horse has placed five times in Grade One races, including his second and third in the Cheltenham Gold Cup, all of which are stronger runs than the races which he has won during his career.

An incredibly talented horse, even if the wins don’t show it, and a fantastic Grand National performer.