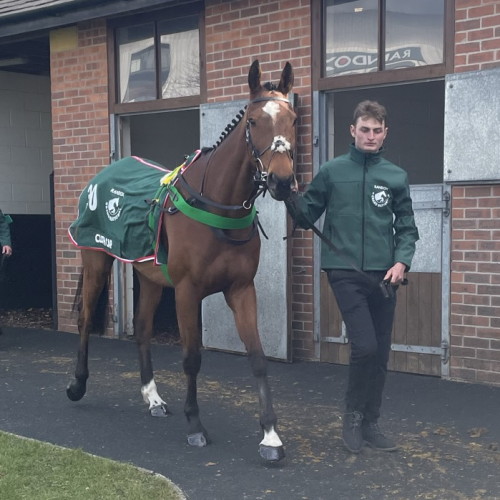 During the peak of his career, Cloth Cap displayed all the traits of being a typical Grand National horse. The public certainly thought that, too, as he’s been sent off favourite to win a Grand National, which came in 2021.

Foaled in 2012 and trained by Jonjo O’Neill, this horse has been around many big races during his time on the track, and they include some wins. A good jumper, and a horse that needs to run over a trip to be seen in his best light, we’ve seen Cloth Cap run in the Grand National on multiple occasions.

Disappointment In The 2021 Grand National

Cloth Cap’s biggest association with the Grand National came in 2021. In the build-up to this race, he did everything right. First of all, he won the Ladbrokes Trophy at Newbury, formally the Hennessy Gold Cup and one of the biggest long-distance handicaps on the calendar. That set him up for a Grand National bid because he didn’t just win that day, but he drove clear to win by ten lengths and demolish a hugely competitive field.

The punters saw that and saw how rapidly he was improving and that played a big part in him being sent off as favourite on the day. He went off at 11/2, and things were going well in the first half of the race, but when the pace began to pick up near the end, he lost his way. Eventually, after fading quickly through the field, Cloth Cap was pulled up by jockey Tom Scudamore and taken out of the race, ending his bid.

Afterwards, it was revealed that the horse struggled with his breathing in the contest and would go on to have a wind operation straight after to try and fix that.

The 2021 Grand National had a number of key stories running through it in the build-up, but in terms of talking horses, Cloth Cap was the biggest of the race and fancied by many. 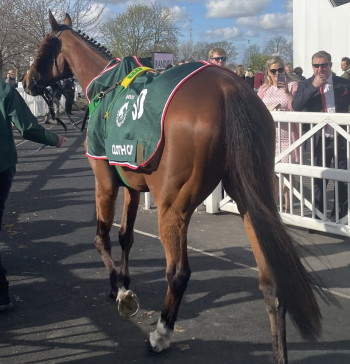 Cloth Cap first hit the track in April 2017, and he went straight under rules, running in national hunt flat races for trainer Jonjo O’Neill. Success in the early days was not easy to come by, as the horse was limited to running over shorter distances.

In his first two flat races, he ran over two miles and was only able to finish seventh and fourth. The following season it was a similar story. He went over hurdles for the first time here and ran a total of six races, managing to win one, which was a handicap hurdle over two and a half miles at Huntingdon.

More success came when chasing, and although he only ran four times during his novice chase season, he was able to rack up two wins and a third in the Scottish Grand National. The wins were at distances of around three miles. The Scottish Grand National effort was over four miles. This horse had shown everyone that staying was going to be his strength in the coming years as he grew and developed as a horse.

Cloth Cap has landed two big races during his career, and they came back-to-back, and he was on his way to the 2021 Grand National. The first success was his biggest, the Ladbrokes Trophy at Newbury. Traditionally run in November, this is one of the biggest handicaps on the calendar and a race that has produced top-quality winners in the past, horses that have gone on to run in Grade One contests. The field for the 2021 renewal was as competitive as ever, but that didn’t stop Cloth Cap from completely destroying it. He came away to win by ten lengths in a very impressive fashion.

There was talk around many big races after this, such was the impression from his win, but the Grand National was immediately mentioned in the aftermath, and he would be trained towards that.

After this, he would go on to win the Premier Chase at Kelso, a Listed contest, so he had another big win under his belt. This is a traditional stopping point for Grand National contenders, and he won it in seven lengths in grand style to cement his place in the big race.

Unfortunately, the Grand National hasn’t worked out. Cloth Cap was pulled up in both 2021 and 2022, with minor issues causing both breathing problems and breaking a blood vessel, preventing him from showing his best.