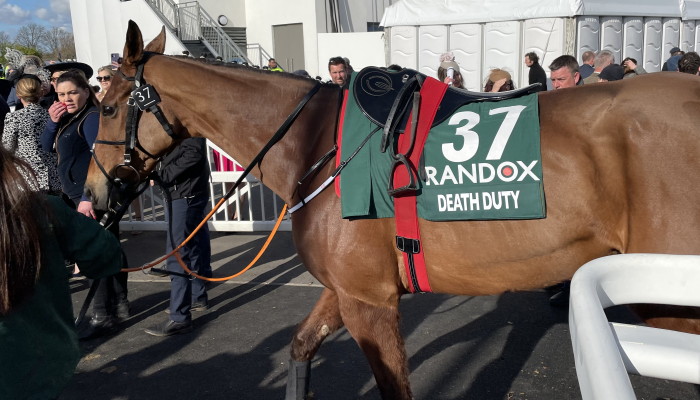 There was a point early in his career where many believed that Death Duty was the next big Gigginstown Stud superstar, and there was plenty of hype around his early performances, particularly those over hurdles and when he went novice chasing. Later in his career, that probably fizzled out a little, leaving him to become a strong handicapper, but not a horse that could win in open Grade One level.

Foaled in 2011, while we’ve not seen Death Duty go on to be the graded horse many believed he should have been, we have seen him run in many of the top handicaps on the racing calendar. Gordon Elliott has a large number of runners for these races, but Death Duty has always managed to make sure he’s amongst them. 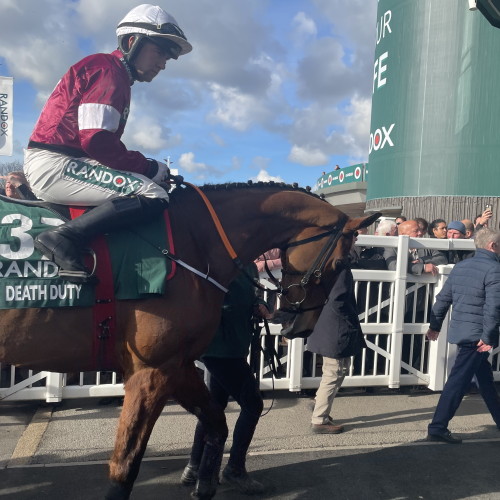 We saw Death Duty take the traditional Irish starting route in his career, going to point-to-point racing first before moving on to rules racing and national hunt flat races. He did only run in one point to point, though he could not have been any more impressive in it.

He won by 15 lengths, and the word about him was obviously out because despite this being his debut, he was sent off as the 1/4 favourite. He quickened clear from the pack in the closing stages, and this race was the first time the hype really began to appear around the horse.

A couple of months later, he hit the track under rules sticking with his point-to-point trainer P Doyle but was only able to come third. However, the move to Gordon Elliott took place at this point, which took Death Duty’s performances, and the hype around him, to a new level.

He ran in three flat races for Elliott, winning his first two and finishing second in the third, to get off to a good start, and the hype at this point was building. He took his game up a further level over hurdles, winning four in a row, including at all graded levels, firstly a Grade Three, followed by a Grade Two and then lastly, a hugely impressive nine-length win in the 2017 Lawlor’s Hotel Novice Hurdle at Naas.

He went to the Cheltenham Festival on the back of that and was sent off as favourite, though unseated his rider when beaten, a disappointing end and the bubble was burst a little.

Chasing came next, he won on debut, then won a Grade Three race before impressing us all when taking the Grade One Drinmore Novice Chase at Fairyhouse, beating Rathvinden by three and a quarter lengths.

Sadly, in his next race, the Grade One Racing Post Novice Chase at Leopardstown’s Christmas meeting, Death Duty fell and injured himself. This put him off the track for more than two years, it was so serious, giving a sad ending to the horse’s early career, though in January 2020, he came back to race again.

Death Duty has two Grade One contests under his belt, both of which came during his novice years. The first was the Lawlor’s Hotel Novice Hurdle, where he won impressively by nine lengths to set up his first Cheltenham Festival bid.

His second was a novice chase, the Drinmore Novice Chase, which he won by three and a quarter lengths. On top of this, at graded level, he won one Grade Two race and two Grade Three races to go alongside his top wins.

In handicap company, after injury, Death Duty won the 2022 Irish Grand National trial, which set him up for a tilt at the Aintree race, but he only got as far as the eighth fence, where he stumbled and unseated his rider.