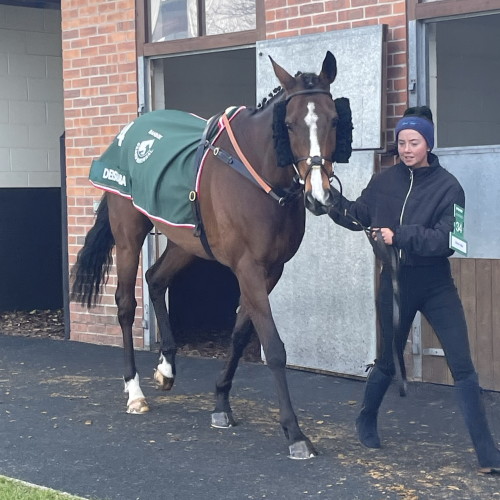 Trained by Philip Hobbs, Deise Aba is a horse that has proven himself when conditions underfoot are soft and when the test on offer is extreme. A strong-staying handicap chaser, he’s been able to mix it in some top-quality races over the years.

Foaled in 2013, Deise Aba has won across three disciplines in racing, firstly a point-to-point win, followed by wins over hurdles and fences under rules. Winner of his first two starts, and four of his first eight races, this horse certainly made his mark from the off rather than taking time to develop, like many staying horses do. 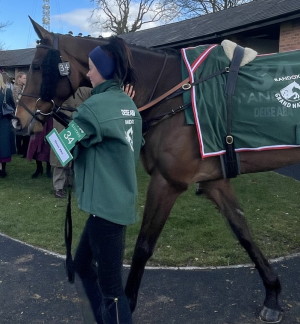 Things started very well for Deise Aba, and it was clear from the beginning that this horse could go a long way in racing, winning plenty of races even if he didn’t quite get to the top. He won a point-to-point race in his first run, winning a maiden at Dromahane in Ireland by four lengths in May 2018, that was his only run in points, he would go straight under rules after that.

His first rules win was another success, winning a maiden hurdle at Chepstow by one and a half lengths. Put up into a couple of much stronger races after that, he ran well but was unable to win.

Chasing came next.  There was an apparent rush to get him over the bigger obstacles, and it is easy to see why. His first chase win came by 16 lengths in a minor event at Catterick, but that was followed up by winning a competitive Class 2 handicap at Sandown by three lengths, a race that catapulted the horse into the Cheltenham Festival picture.

He went to the Kim Muir, where he finished a very respectable 5th, just over eight lengths behind the winner, Milan Native. A year later, the same path followed, as he would go back to Sandown and win the same competitive handicap, off 2lb higher, and go back for the Kim Muir at Cheltenham. This time, he pulled up.

While Deisa Aba has taken himself to some big, competitive races during his career, he’s yet to win one of them. So far, the most significant two races he’s run in are the Welsh Grand National and Aintree Grand National.

His first Grand National run was in 2022, but he was unable to get involved and was pulled up before the eighth fence.