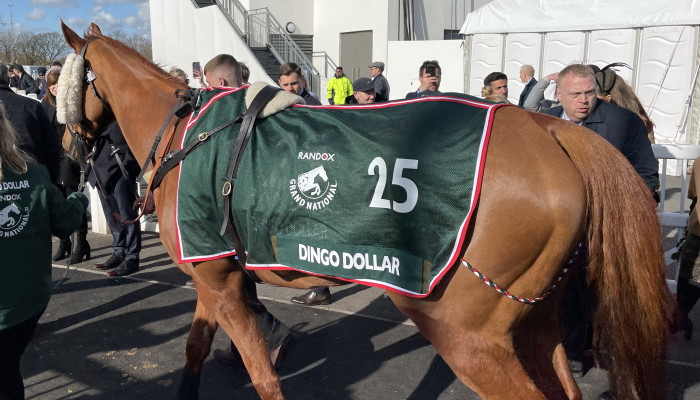 A staying chaser who has time and time again shown his quality at the top level of handicaps and probably not receiving the kind of credit he deserves. He’s been in training with two different trainers in the UK, starting life off with Alan King before a move to the Sandy Thomson yard.

It was with the latter that he was truly targeted at the Grand National, going over more extreme distances and really pushing his stamina. Foaled in 2012, the horse began life with a strong start under rules and continued to push forward after that. 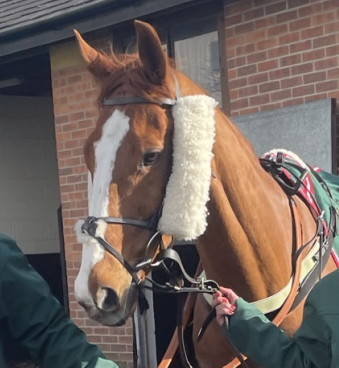 First up, we saw Dingo Dollar run in an Irish point-to-point race. This was at Belharbour, and he came away to win the race by three-quarters of a length. This would be the only time we saw him run in this sphere, as he was sent to the UK to go under rules after this.

November 2016 was his first rules run, going over hurdles rather than to national hunt flat races because that allowed him to run over longer distances. His debut run was over 2m7f, showing he already needed a trip, even in his younger days.

That first run resulted in a second-placed finish, a great effort, and on his third start, he got his first rules win on the board, winning at Bangor by three and a half lengths. At the end of his first season, he bagged another victory, and he would then be sent novice chasing the following season.

His chase career didn’t start too well, with a disappointing fourth on debut followed by a fall, but he got things together in the second half of the season. Two wins in a row, by 15 lengths and three lengths, followed by a great second in a big race at Ayr, he was showing himself to be a strong chaser, and again, one that needed a trip to be seen in his best light.

Dingo Dollar hasn’t won a big race in his career. He landed a few nice races at class two and class three level but never in graded company or at listed level, which is probably a little less than he deserved.

However, he has run well and placed in a few big races, falling just short of winning. His best effort from those, which shows why he is a Grand National horse, came in April 2021, when he finished second in the Scottish Grand National at Ayr; this was an excellent run, on just his second start for trainer Sandy Thomson, after a move from the Alan King yard which came in a bid to try and freshen the horse up.

When preparing for his first Grand National in 2022, where Dingo Dollar unseated his rider, he was an excellent third in the listed Rehearsal Chase at Newcastle, another very strong run in a good race, but one that again saw the horse place, and fail to win.