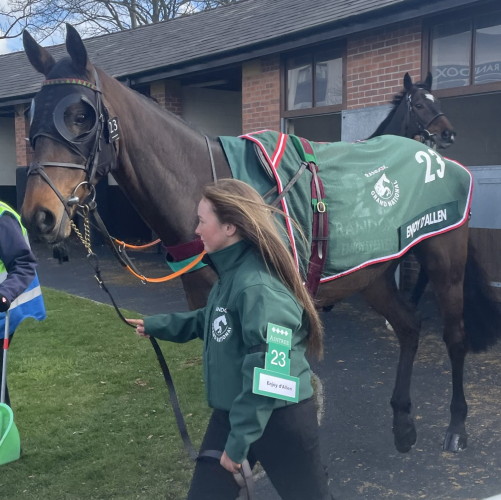 Perhaps best known for being a horse that showed himself to be competitive on the course, but also one that didn’t hold the winning strike rate he should have. Enjoy D’allen started off running at a low level but eventually managed to work his way to the higher end of handicap racing, and that includes getting to the Grand National in 2022.

Foaled in 2014, Peter Fahey was the original trainer of this horse, but he then changed hands, and at the start of 2021, he was moved to the Ciaran Murphy yard. It was after this move that the horse really started to go in the right direction, he won his first two starts and was in the frame on all five runs for the remainder of that season. 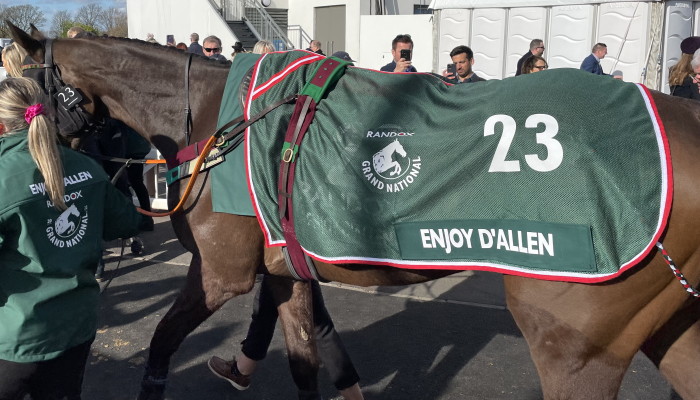 The start of Enjoy D’allen’s career came in Irish point-to-point races, he ran on two occasions, finishing second on debut before running out a nice eight-length winner on his second start.

Racing under rules came next, but the start was slow, and this horse did his early running at a low level. He ran a total of 12 times for Peter Fahey, both over hurdles and fences and wasn’t able to get a win on the board. There was belief in the horse, though, and eventually, he really rewarded those who thought that.

His career really took off when he moved yards, he finally got a win on the board, winning his first two starts for Ciaran Murphy, and that was enough to take him into the bigger races, which haven’t resulted in a win but have seen him record some good placings.

This could be down to the training he has received at both yards, but also, some horses naturally show more when moving yards, so it could just be that this horse is one of those who was in need of a move.

The big win has so far eluded Enjoy D’allen, but he has placed in two very big races. He came third in the Irish Grand National in April 2021 and finished in the same place when he ran in the Paddy Power Chase, the big Christmas handicap, at Leopardstown in 2021.

A run in the Grand National in 2022 resulted in the horse unseating his rider, and this came at the very first fence on the course.