Their best finish to date was in 2022 where they came 9th. They were ridden by Adrian Heskin and trained by Gordon Elliott. 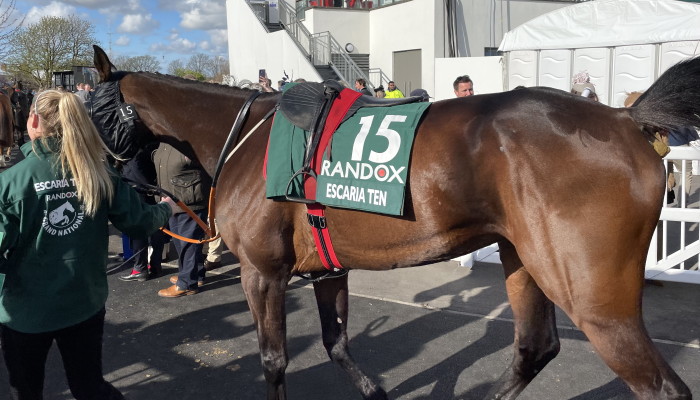 A horse that hasn’t seen real success at the top level just yet, but one that has already shown his taste for long-distance chase races at a young age, so he will no doubt be around in these for the rest of his career. Escaria Ten is trained by Gordon Elliott, a man who knows exactly what it takes to win the Grand National. 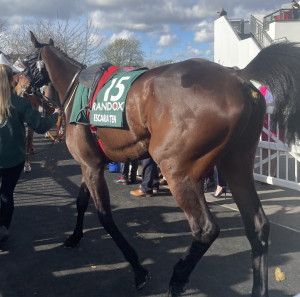 The first time we saw Escaria Ten was in a point-to-point race at Borris House, a race he won nicely on debut, coming away from the field to win by two and a half lengths. There was clearly a rush to get him over obstacles when he went under rules, he ran in just one national hunt flat race and was then sent over hurdles.

Third on debut, he followed that up with two wins, enough to earn this horse a trip to the Cheltenham Festival, where he would finish 15th in the Martin Pipe Conditional Jockeys handicap hurdle.

After that, it was all about chasing, and he began in tough circumstances, running behind the incredibly talented Monkfish in a novice chase before recording an impressive 20-length win to get his first chase success.

We’ve not actually seen Escaria Ten win a big race yet, but he’s been involved in quite a few. He’s finished second in two Grade Three contests, including when behind Any Second Now, who’s placed in two Grand Nationals.

Perhaps the best run of his career so far came at the Cheltenham Festival in 2021, when he finished third in the National Hunt Chase, just three lengths behind the winner Galvin. That was a great race, and at 3m6f, a proper test to show that extreme distances were within his range.

He pulled up in the Irish National after that, and then a year later, he was 8th in the Thyestes Chase in Ireland before finishing 9th in his first Aintree Grand National in 2022. This horse is now on the big stage, and now we are waiting to see if he can deliver.