Their best finish to date was in 2022 where they came 15th. They were ridden by Harry Cobden and trained by Colin Tizzard. 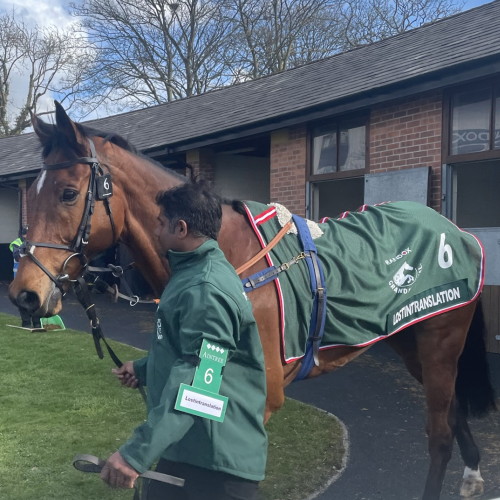 Lostintranslation is probably best described as a horse who slightly lost his way a little, but that shouldn’t take anything away from the big races he’s run well in. His best day was an excellent third in the 2020 Cheltenham Gold Cup, he was just one and a half lengths behind the winner, showing the kind of quality we are talking about here.

Foaled in 2012, the horse was a quick starter and did enough to be thrown into Grade One company in his first season under rules, and he would finish second in one of those attempts. He’s been with the Tizzard team throughout his career, though the head trainer in the yard has changed from dad Colin to son Joe in that period. 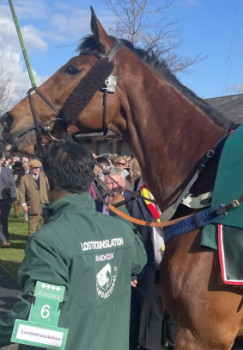 The beginning for Lostintranslation came in Irish point-to-point races, but we only saw him run in one. This was a strong fourth-placed effort in a good race, and after that, he was subsequently moved over to the UK, where he would go in training with the Tizzard team.

It was a solid start to life over hurdles, with two second-placed finishes, followed up with a win before he was moved up in quality. This resulted in a trip to the Cheltenham Festival in 2018, where he was down the field in the Supreme Novice Hurdle but was much better when up in trip at the Aintree Grand National meeting, finishing second in the Grade One Mersey Novices’ Hurdle.

A win and a good second-placed effort at Grade One level left Lostintranslation with a strong first season and plenty to build on. In his first year chasing, he was in fine form, perhaps the most consistent year of his career overall, running six times and recording two wins, three second-placed finishes and one third-place.

His wins included the Grade Two Dipper Novice Chase and the Grade One Mildmay Novice Chase, both of which are known as being two of the top novice races over longer distances. It was the following season when moving up into open company, where Lostintranslation would put up his two best career runs.

Lostintranslation’s Big Race Wins Up Until 2022

We’ve already mentioned the big races wins as a novice which included Grade One level victories in the Mersey Novice Hurdle, and the Mildmay Novice Chase, both of which are races run at the Aintree Grand National meeting.

However, when going into open company, Lostintranslation was able to land an open Grade One, one of the biggest chase races on the calendar, outside of the two main festivals. The race he won was the Betfair Chase at Haydock, a race that always gives an exciting matchup between Cheltenham Gold Cup hopefuls.

The win came in 2019, with Lostintranslation getting the better of Bristol De Mai by one and a half lengths. This really put the horse into the Cheltenham Gold Cup picture, though he was pulled up in his next run, in the King George on Boxing Day.

Following that, Lostintranslation went to the Gold Cup and finished a very respectable third place, less than two lengths behind the winner Al Boum Photo. Things faded a little from here, and the biggest issue was that Lostintranslation couldn’t really remain consistent enough.

One further big race win came in the 1965 Chase at Ascot, a Grade Two contest, and he won that in November 2021. A horse that has long since been running at the top level, with a good deal of success too, and one that could have been described as one of the best chasers in training at one point.