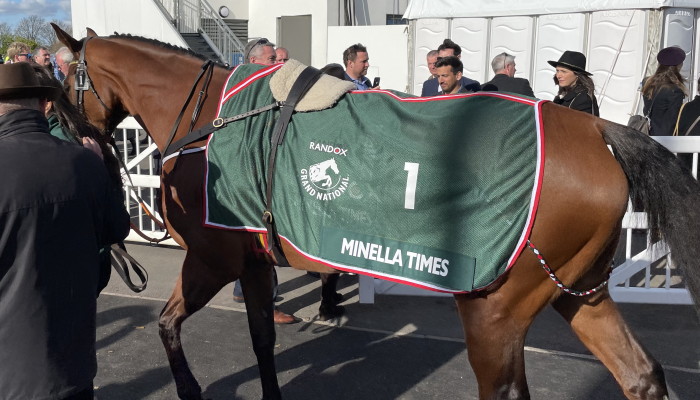 Minella Times won the Grand National in 2021, and for that reason will always be remembered. However, his actual feat is probably overshadowed a little by his rider, who was Rachel Blackmore. Completing what was an excellent period for her, she became the first-ever woman jockey to win the Grand National and having her on his back is why many will eventually remember Minella Times.

He was unable to repeat the feat in 2022, falling early in the race at the 9th fence to put an end to his bid of doubling up.

Foaled on March 4, 2013, Minella Times was an eight-year-old when he won the National in 2021, considered to be the prime of his career for a national hunt runner, and he had a couple of years of chasing experience behind him too. That made him one of the leading contenders when he took to the track in 2021, and he certainly didn’t disappoint. 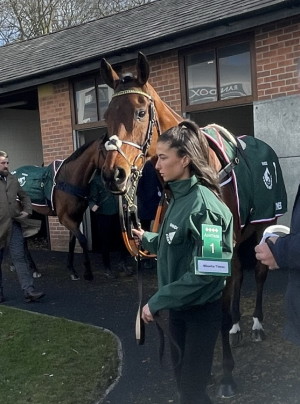 The win of Minella Times in the Grand National was perhaps more about the woman on his back than the horse himself. Rachel Blackmore shot into the public spotlight with a fantastic Cheltenham Festival in 2021, she became the darling of national hunt racing and was a sporting icon, not just a racing superstar.

For that reason, many supported her to win the Grand National that year, which meant they were on Minella Times. Many women have tried to win this race in the past but have failed to do so. A lot of punters bet on the Grand National and don’t bet on any other racing, so choosing out people like this to try and make history is actually quite a popular choice for punters.

While it was Minella Times written down on the betting slip, the actual bet was placed on Rachel Blackmore to win the Grand National, and it is fair to say that she delivered in style.

The first time Minella Times hit the sales ring was when he was a young foal, at just a few months old. He sold to Minella Racing for €31,000 at this sale, where the owners would also buy Minella Indo, a horse who went on to win the Gold Cup for them in 2021, so it is fair to say they picked out two exceptional runners at a young age at that particular sale.

He began his racing career in April 2017, when he ran in a point-to-point race. The result will tell you he fell in the race, but the background is a little different to that. The fall came at the last fence when he was two lengths clear and would have won. Later that month, he went to the sales again, attracting no bids, but was privately sold to JP McManus not too long after that.

A quiet start to his racing career then came, winning a maiden hurdle at the second time of asking, but failing to win anything else over the smaller obstacles, and it was when he went chasing where his career really started.

Minella Times certainly hasn’t hit the headlines too many times, his early career wins were small, minor events and the Grand National success he had in 2021 was certainly the biggest of his career. While Rachel Blackmore may take many of the plaudits, this horse was exceptional on the day, foot perfect at almost every fence, and showing the kind of class that would make you think he had been around these fences on numerous occasions.

Ridden out up the run in, there was no doubting his stamina either, this is a horse who relishes the longer distances in racing and has no problems getting the trip. He was just two lengths clear at the final fence but stretched that to over six lengths by the time he reached the finish line.

When you back a horse in the Grand National, you are hoping to find one that jumps the track well and one that stays the distance strongly. When winning in 2021, Minella Times not only ticked both of these boxes, but he delivered with perfection on the day.