Mr Frisk is a Grand National record breaker, and while there may be a time in the future where a horse beats the time he has set for getting around the course, due to changes to the race, it will be over a shorter distance. No one ran the full Grand National track in a quicker time than Mr Frisk when he won the 1990 Grand National and moving forward after the race was shortened in 2013, no one will ever get the chance to beat him.

Foaled in 1979, Mr Frisk would run twice in the Grand National, winning in 1990 and being pulled up in 1991. The big race win was the first time that he had won a big race, prior to that, he hadn’t won anything of note. Trained by Kim Bailey and ridden by amateur jockey Marcus Armytage, the horse went on to win from Durham Edition by three-quarters of a length.

After winning the Grand National, he remarkably returned to the track three weeks later and won the Whitbread Gold Cup at Sandown, the traditional end-of-season closer in national hunt racing. Many horses struggle after winning the Grand National, but not Mr Frisk, he won a further three races over two seasons after his National win, to take him to four race wins post the National, something we rarely see.

Winner Of The 1990 Grand National

Mr Frisk was a great winner of the 1990 Grand National and did so in a record-breaking time. He was seen as a popular each-way alternative to the market leaders, and that led to him returning with an SP of 16/1 on the day. The ground was described as firm, which not every horse likes, but in the past, we had seen Mr Frisk run well on this ground, another reason why many people were latching onto him.

Ridden by amateur jockey Marcus Armytage, who was having his second ride in the National, the pair looked a big danger throughout the race, with a very prominent position. Mr Frisk was always catching the eye, travelling well and jumping even better. During the second circuit, Mr Frisk and Uncle Merlin were disputing the lead and had pulled 15 lengths clear of the chasing pack, leaving some wondering if they had gone too soon. 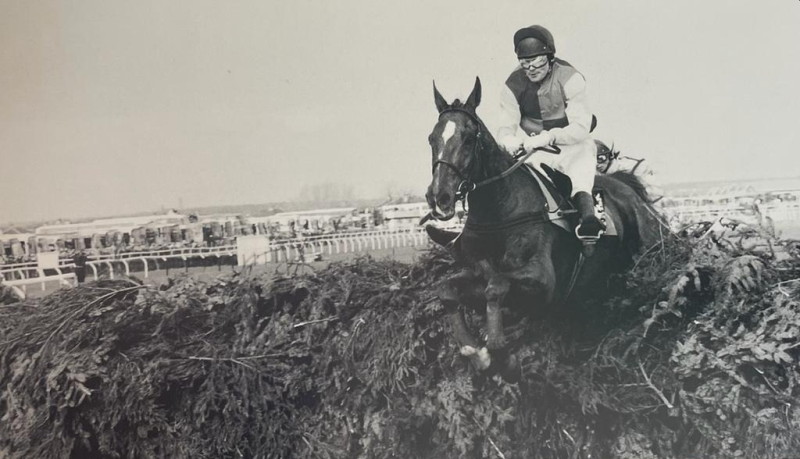 A big incident came at Becher’s Brook on the second circuit, where Uncle Merlin fell, leaving Mr Frisk well clear, alone in the lead. During this moment of the race, Armytage ensured his horse had a small breather, he lost part of his advantage, but that would prove an excellent decision in the closing stages.

Durham Edition was the only runner to close on the leader, and he did push him all the way up the run-in. However, there was more to give from Mr Frisk, thanks to Armytage giving him a break when he was left alone in front, and he kicked clear and always had the beating of Durham Edition, despite the winning margin being relatively small.

This was officially given as three-quarters of a length, and Mr Frisk, for trainer Kim Bailey and jockey Marcus Armytage, had won the Grand National.

The pair would be back for more a year later in 1991, but unfortunately, the race did not go as well this time around. In their second attempt, Mr Frisk was pulled up at fence 22, and that would be the last time we saw him in the race.

One of the biggest successes in racing is winning the Grand National, the biggest day for Mr Frisk, but while winning the race, he also made history. He broke the record for the fastest time to win the race, a record that had been broken and held for many years by Red Rum, who became the record holder in 1973.

Eight minutes and 47 seconds was the winning time, and there will never be anyone out there capable of beating it under the same conditions. This is because, in 2013, the race was shortened, so anyone running now may well be able to beat the time in the future but will be doing so on a course that has been shortened, so it isn’t the same distance.

Red Rum was a Grand National superstar, remembered for many reasons, but in terms of the Aintree Grand National track record, over the full race distance, it was Mr Frisk who would take away Red Rum’s record and keep it.

Mr Frisk was a prolific winner during his career and won plenty of races early on in his career. He only really won at a low level during this time, though, which is mainly where he won during his entire career.

His staying ability was evident in the early part of his career. The early races he ran in were all over a longer distance, some of them over three miles, so it was clear to see that he was always going to be a long-distance horse at some kind of level.

The Grand National win in 1990 was Mr Frisk’s first big race win, which is a surprise, as many often win a nice pot on their way to National glory.

However, Mr Frisk was a slightly different horse to many we see winning this race. He went on to win races after his Grand National success, and the first of those came just three weeks later. Not happy with winning at Aintree, Kim Bailey sent his horse to the Whitbread Gold Cup at Sandown, where he won by eight lengths, and just like in the National, Durham Edition was behind him in second place.

Another three minor events were won by Mr Frisk, but he failed to land another big prize, including when trying to win the 1991 Grand National.

A record breaker, and holder that cannot be dethroned over the same distance, Mr Frisk won the 1990 Grand National in great style.