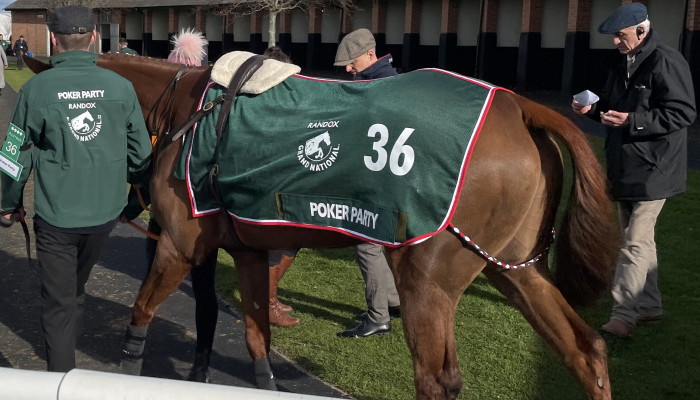 Trained by Henry de Bromhead, Poker Party has tasted National success in the Irish Kerry National but not elsewhere. He won that contest by the narrowest of margins, a head, in September 2019. Almost two years off the track came at the end of that season, so there will always be a question of ‘what if’ hanging over him after he missed his prime years in racing, sadly.

Foaled in 2012, this horse actually started off life on the flat, running in two flat maidens as a three-year-old, before having time off the track, again due to injury, and going hurdling after that. He’s missed the equivalent of three seasons due to injury, so can certainly go down as an unlucky horse, even though he’s had some success on the course. 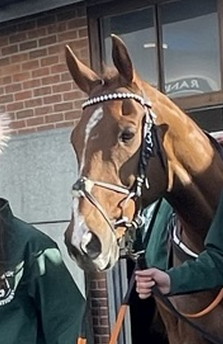 As mentioned, Poker Party was actually a flat horse before going jumping, giving trainer Henry de Bromhead a rare flat runner. He ran in two maiden races, in the months of September and October in 2015 and was well down the field on debut before a nice third-placed finish on his second start.

Injury struck, and it wasn’t until May 2017 that we saw him next, making his debut in a Tipperary hurdle, where he came fourth. Further runs in maiden hurdle races came, again without success, and it wasn’t until this horse went handicapping that he began to have success.

His first race win came in November 2017, winning a Clonmel handicap hurdle, and he followed that up by winning his next start, too, this time a Tramore handicap hurdle, both of which came on heavy ground, a key for him.

Chasing would come the following season, towards the end of 2018, but again, success took time to develop. He won his sixth start over fences, and just like over hurdles, he recorded back-to-back wins. This was followed up by the final run of his novice chasing season, which was an excellent third-placed finish in a Grade A novice handicap chase at the Punchestown Festival, probably the best run of his early days.

The Kerry National in Ireland is one of the bigger handicaps on the calendar, and in September 2019, this race was won by Poker Party. It was a close one, he won by just a head from Ravenhill, but that doesn’t matter as this top-quality race was one that Poker Party was able to win during his career.

It was at this point that the career of Poker Party began to take off, and he followed up that success with strong runs to finish third and fourth in two highly competitive Leopardstown handicaps.

The injury would stop him in his tracks, off the track from March 2020 until December 2021, right in the middle of the peak years of his career. On return, the work was all about getting to the 2022 Grand National, which the horse did, though he was pulled up near the end of the race by jockey Robbie Power.