One of the few horses that won the Grand National as a novice chaser, Rule The World took the 2016 Grand National for trainer Michael “Mouse” Morris and jockey Danny Mullins. Unfortunately, the horse ran just once after his Grand National victory, a few weeks later at Punchestown, so we didn’t get the chance to see him return and defend his crown.

Foaled on March 30, 2007, Rule The World won the Grand National as a nine-year-old, almost at the end of his racing career. One of the best features of the Grand National is seeing former winners come back to try and complete the course and win again, unfortunately, something we never saw with this horse.

A Sole Chase Win for Rule The World

Perhaps the biggest quirk of the career that Rule The World had in racing was not that he was a novice when he won the Grand National, but that it was his only win over fences in his career. We usually see horses come into a Grand National with at least one win under their belts, but that wasn’t the case with this horse.

He ran a total of 15 races over the bigger obstacles, winning the Grand National, finishing second a total of seven times, and third once. He was a prolific winner of hurdles, winning five times from 11 starts, but failed to transfer that to fences.

He did come close to adding to it with those seconds, and the best of those came a year before his Grand National win when Rule The World finished second in the Irish Grand National at Fairyhouse.

Bred in the UK, Rule The World went through the sales ring just once, which happened as a three-year-old. In June 2010, he went to the Tattersalls Irish National Hunt sale, where Mouse Morris purchased the horse for a price of €90,000.

Gigginstown Stud owner Michael O’Leary already had horses with Morris and added Rule The World to his string, where he would be owned and trained by the same people for his entire career. He began his racing career as a four-year-old, running in one point-to-point race at Affane, which he won, before going hurdling the year after under rules.

He added five hurdle wins to his point-to-point success, with the Grand National victory over fences giving him a total of seven career wins. 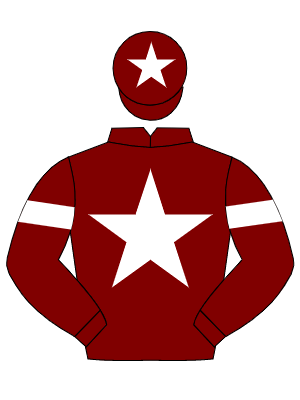 The 2016 Grand National was certainly the biggest win of Rule The World’s career, and the only one over fences, but he was able to add a couple of graded hurdle wins to his tally.

As a novice hurdler, Rule The World won the Grade Two Slaney Novice Hurdle by 16 lengths in impressive fashion at Naas in 2013. A year later, he was back at Naas again, clearly a track he enjoyed running at, and this time he won the Grade Three Limestone Lad hurdle by seven and a half lengths.

Those two are good wins, but nowhere near the kind of race that the Grand National is. He took it in 2016, winning the race by six lengths. Staying power was his best attribute, and in the final 100 yards, he took the race away from his competitors, staying on up the run in far better than anything else in the contest.

He was priced at 33/1 on the day, mainly because he was still a novice and hadn’t won over fences, but the unique Grand National test brought his stamina to the fore and allowed Rule The World to showcase his best.