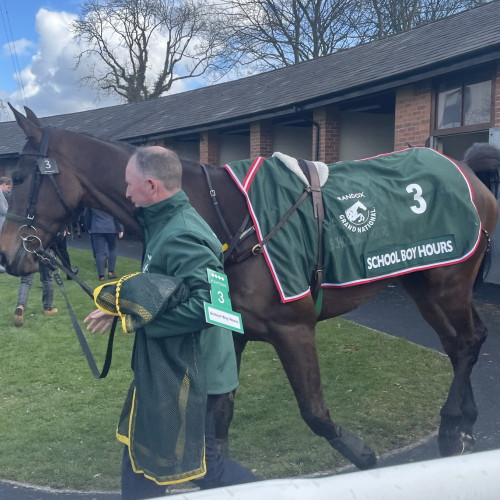 School Boy Hours went through his career, slowly working his way up to being able to run in the top competitive handicaps, such as the Grand National, which he ran in during the 2022 season. However, it is fair to say that he didn’t really win the races he should have, landing just two contests from 20 starts.

Trained by Noel Meade and foaled in 2013, sadly, we didn’t get to see much from School Boy Hours after his first Grand National run. Later that year, he died when he was nine years old and still in training. 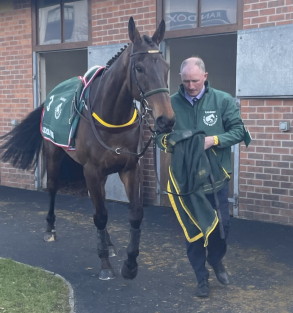 Going straight over hurdles with no flat runs or point-to-points, School Boy Hours instantly showed that he needed a longer trip. A solid third on debut over two miles was good, but he needed further and was sent straight up to three miles, though he fell when running well on his second start.

The first win of his career came at the fifth attempt, winning a maiden hurdle at Cork by seven lengths. He’d fallen twice prior to this, showing questions about his jumping, but when things clicked, he’d also shown his ability.

Straight after, he was sent into Grade One company, where he was pulled up in a race at the Punchestown Festival behind some top-class animals such as Minella Indo, A Plus Tard and others.

As mentioned, School Boy Hours won just two races from 20 starts, so he was hardly a prolific winner during his career. However, although his first win was a minor event, the second one was the opposite, a big handicap win at Leopardstown over the 2021 Christmas period.

He won the Paddy Power Chase, one of the biggest handicaps of the festive period in Ireland, and a race that has in the past given us pointers for some of the other long-distance handicaps on the calendar.

Sent off at 12/1, School Boy Hours stayed on up the run in, took the lead in the final strides and went on to record a winning distance of half a length. That run made him favourite for the Kim Muir at the 2022 Cheltenham Festival, sent off at 5/1 for a competitive heat, though he was pulled up, as he was a few weeks later, when he ran in the 2022 Grand National, competing for the one and only time in that race.