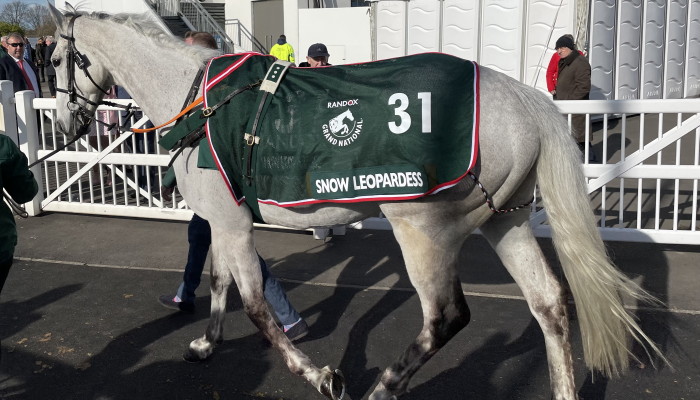 It is probably fair to say that when people are looking for horses to catch the eye in the Grand National field, Snow Leopardess is one that does it with ease. First of all, she’s a mare, and we don’t see too many of them racing, especially at the top level, and secondly, because she is bright grey in colour, looking glorious when on the track.

Foaled in 2012, Snow Leopardess has had a successful breeding career alongside racing, and she’s gone towards the top of the charts on the track. She’s been involved in many top races and won some nice pots along the way, including a win over the big Grand National fences at Aintree.

She has plenty in her favour to catch the eye of casual punters. 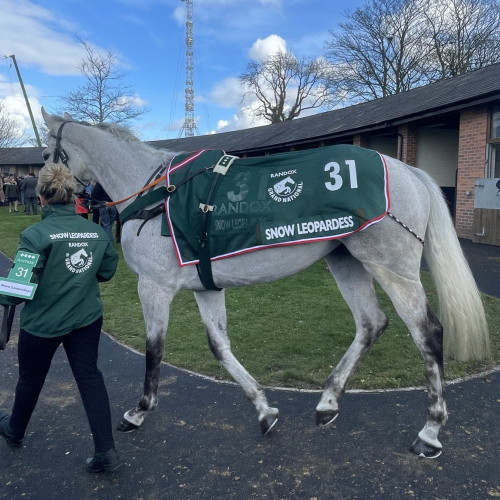 The grey mare began her racing career running in national hunt flat races in the UK and made a winning debut at Doncaster. Fifth in a Grade Two race for mares at the Aintree Grand National meeting in 2016, that was the first of many impressive runs at the Liverpool venue.

She began the following season by going to Ireland and winning a nice pot in a flat race, but it was all about jumping after that, finishing third on debut in a hot race at Newbury before winning her second start by four and a half lengths.

At the end of this season, she won a Grade Two novice handicap hurdle at Newbury, a very competitive race where she was sent off as the 7/1 favourite. After that, she went to France, winning a nice pot at Auteuil, a great bit of placing from trainer Charlie Longsdon.

However, it was also the race that would start her injury problems. She picked up a leg injury in the race, which would keep her out for a season, and when beginning to come back, she picked up another to keep her out for a further year. At this point, she was sent to Sir Percy and gave birth to a foal by him. There were serious doubts as to whether she would return to racing.

She did, though and went on to have great success, going chasing and taking her form to a new level under that code.

As mentioned, Snow Leopardess won a Grade Two handicap hurdle at Newbury, the first big race win of her career, and she would add to that after her injury at Auteuil. Her most successful racing spell came at the end of 2021 and the start of 2022 when she won three races in a row.

The first was a handicap at Bangor, while the second was a bigger event. She won a Listed Mares Chase at Warwick, the race that would ultimately set her up for a Grand National bid.

In the middle, her biggest career win and another race that set her up to run in the Grand National. This was the Becher Chase, which she won by a nose in December 2021 at Aintree. Run over the Grand National fences and with a distance of three miles and two furlongs, Snow Leopardess was sent off favourite and relished the challenge of these big fences. It wasn’t a big margin win, but she got the job done and really opened up the prospect of running in the Grand National by winning this.

Ultimately, she was pulled up in her 2022 Grand National bid, bowing out of the race at the 16th fence, but was sent off at just 10/1 due to her eye-catching story and appearance.