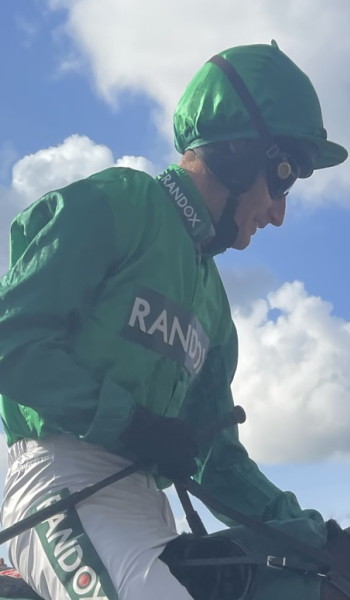 Daryl Jacob will go down as being a top-quality jockey but perhaps one that was never quite good enough to mix it with the very best. Of course, riding amongst the likes of Ruby Walsh, AP McCoy, Richard Johnson and others, making it even tougher to climb to the top of the sport for him.

Born on August 25th, 1983, Jacob has been in racing for many years, rode in many big races and is, of course, a multiple participant in the Grand National. As for wins in the race, he’s won the contest once, when he rode the loveable grey Neptune Collonges to victory for Paul Nicholls. That was a race full of drama and although Jacob wasn’t directly associated with that, he certainly played his part, especially in the finish of the race.

If you want to get an idea of the kind of talent that Jacob has, then you only need to look at the names of people who have employed him in the past. He was second jockey to Paul Nicholls behind Ruby Walsh and took the first jockey role when Walsh left to go back to Ireland. His link with owner Simon Munir has given him the chance to ride for many other top stables, including the likes of Nicky Henderson and Willie Mullins amongst others.

You don’t get those kinds of opportunities without being a respected and talented rider.

Anyone who remembers the 2012 Grand National and Neptune Collonges will remember either the fact he was retired in the winners’ enclosure straight after or the fact that it was the closest-ever Grand National finish. Jockey Daryl Jacob needed to be at his absolute best to drive him the grey runner, and he was, winning the race by a nose, to record his first-ever win in the Grand National.

A multiple Grade One winner who had placed in a Cheltenham Gold Cup, Neptune Collonges is certainly one of the classiest winners of the Grand National we have seen in recent years. Off the track for almost two years, he came back and built his way up to performing at Aintree.

Jacob was brilliant on him, nursing him round, ensuring he got the trip and although the horse didn’t need too much help with his jumping, the pair were strong throughout. Combine those with the winning distance, the requirement to drive his mount forward in the closing stages and while everyone remembers Neptune Collonges, the work done by Daryl Jacob should not be underestimated.

The win was for Paul Nicholls, a big early supporter of Jacob, and this was the biggest success they had together during their association.

Association With Top Trainers And Horses

During his career, Daryl Jacob has spent time working with arguably the two biggest trainers in British horse racing at the time, Paul Nicholls and Nicky Henderson. He began as second jockey to Nicholls before taking the number one job when Ruby Walsh left for Ireland.

He’s also spent time as a stable jockey to Nicky Henderson, and seeing how these two trainers respected his talents and used him, shows just what people inside of racing think about Jacob.

Since then, he has linked up with an owner, Simon Munir. This means Jacob rides all horses that are owned by Munir, which takes him to many different stables. These include Henderson and Nicholls again, plus the likes of Willie Mullins, Alan King, Dan Skelton and others, all of which are big names in the racing world.

Some may say that given the number of opportunities he’s been presented, Jacob could have ridden even more winners, especially big race winners. However, the other angle is that he continues to get support and attracts big race rides, so he must be doing something right.

You can’t talk about Daryl Jacob without talking about Bristol de Mai. The towering grey actually ran in the Grand National once, in 2021 and he was pulled up at the 22nd fence. However, the pair will be remembered more for their work at Haydock, and in particular the Betfair Chase.

This is an early-season Grade One contest which has been dominated by some greats over the years, and those include Bristol De Mai. Jacob knows the horse inside out, knows how to ride him, and has ridden him to victory in three Betfair Chase’s, 2017, 2018 and 2020.

He could never quite turn that into Cheltenham Gold Cup success, but around the flat track at Haydock, and on usually soft ground, the team of Bristol De Mai and Daryl Jacob were almost unstoppable.

Being another grey, it is fair to say that the best days of Daryl Jacob’s career have been aboard horses that are grey in colour.