John White has the unfortunate pleasure of being a winning Grand National jockey without actually winning the race. White was on board Esha Ness, who won the 1993 Grand National, a race that was declared void afterwards after a false start that was not flagged down.

Born on April 15, 1959, White decided to move across to England to elevate his riding career and began time with Nicky Henderson, where he remained for a few years. His winning Grand National ride, which didn’t count, in the end, was with Jenny Pitman, trusted by someone who certainly knows what she is doing when it comes to the Grand National.

There are fewer people who can be as unlucky as White when it comes to the Grand National, perhaps none at all. Just seconds after winning the race, White went from being on the top of the world to rock bottom when he found out that the event should have been stopped and was likely to be voided.

The 1993 Grand National On Esha Ness

Anyone who had a bet on this race watched it on TV or was involved more closely as a jockey, trainer, owner, or anyone else on track will certainly remember 1993. One of the most memorable Grand National years ever, but for the wrong reasons. The start to this race was, in all honesty, a farce, with a false start as the taped wrapped around jockeys, which was luckily noticed, followed by another false start that wasn’t noticed. 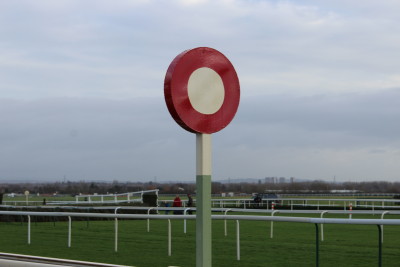 The confusion and panic around the race was strange to see. Most of the runners set off, and no one flagged them down as they should have done, so many of them continued for at least half of the race. Some jockeys were told during the contest that they needed to stop, which worked in parts, though other jockeys said they thought people telling them to stop were protestors, so they decided to continue.

30 set off on the first circuit, while 14 continued to go around on the second circuit, ignoring the calls for them to stop, and White was one of those to do so. Afterwards, White said that he ignored calls to stop, didn’t think they were genuine, and was concentrating on the race itself and wanting to win.

Afterwards, there was even more confusion and panic, just like at the start, with many people not knowing what to do. It was at this moment where reality hit for John White, he thought he’d won the Grand National but was now staring down the barrel of being in a void race.

To make things worse, there was a lot of talk about re-running the contest and only allowing the nine runners who didn’t start, essentially the ones who followed the rules, take part.

This would mean that not only had White won the Grand National and then seen the race void, but he wouldn’t be able to run in the re-run to try and win.

In the end, there was no re-run, the stewards decided to declare the race void, with no winner. The record books will show that Esha Ness, Jenny Pitman and John White were the first home in the 1993 Grand National. However, what they also show for White, is that he never won the Grand National, despite this.

In total, White had 11 rides in the Grand National. He didn’t register a success but did finish second on The Tsarevich in 1987, so he came close twice to winning but, ultimately, fell short.