Born on April 15th, 1982, Sam Waley-Cohen spent his entire riding career as an amateur jockey. He refused the opportunity to go professional, and for that reason, was always one of the most sought after jockeys in races that were restricted to amateur riders.

For that reason, he made a name for himself at Aintree and the Cheltenham Festival, in those races and against the professionals during his career. He did what all jockeys dream of, he ended his career with a win on his final ride, and not only that, but it came on the biggest stage of them all.

Waley-Cohen’s final ride was in the 2022 Grand National aboard Noble Yeats, a race which he won, to really cement his place in British racing.

Early Years & Riding For His Father

Waley-Cohen managed to stay clear of the headlines for most of his early career. The first race in which he really made a name for himself was in the 2007 Grand National. This was his first try in the race, riding a horse for his father, which he would become known for. Liberthine was his mount, finishing 5th and given a great spin by his jockey.

From that moment, rides became a little more frequent, and he started to be used in the races that were specifically designed for amateurs and conditional jockeys, proving to be one of the best in that category.

Waley-Cohen’s rise to fame was given a huge boost by the best horse that his father ever owned, that horse was Long Run. He rode him to success in the delayed 2011 King George, which should have been ran in December 2020, but was delayed due to abandonment.

He made himself a bit of a pantomime villain that day, as his win in the race prevented the great Kauto Star from winning the contest for the fifth year in a row. There was more success for the pair not too long after, they went to Cheltenham in March 2011 and won the Cheltenham Gold Cup.

Waley-Cohen became the first amateur to win the Gold Cup for 30 years with that success. Later on, the pair would go on to finish third in two more Gold Cups, in 2012 and 2013. In 2014, Long Run went down the route of going for the Grand National but unfortunately fell at the 9th fence.

Perhaps the most talk about Waley-Cohen and his riding career came off the track and the debate around whether he would ever turn professional. He didn’t and gave the reason that he enjoyed riding, but wanted to keep the advantages of amateur status, and also wanted to focus on his business a lot.

The rider was also a successful dentist, to the extent that he owned multiple dental practice’s in the UK and employed many people. His business was clearly very important to him, and by remaining an amateur he could enjoy his business life and keep dipping into racing when he needed to get his riding fix.

While he may not quite have hit the heights of a champion jockey, Waley-Cohen would certainly have been able to make a career out of race riding, had he wanted to.

Winning The Grand National In His Final Race

Despite being an amateur, Waley-Cohen was a frequent Grand National rider, taking part in a total of 10 races. He was second on Oscar Time in 2011, fourth on the same horse in 2013 and fifth on Liberthine in 2007. 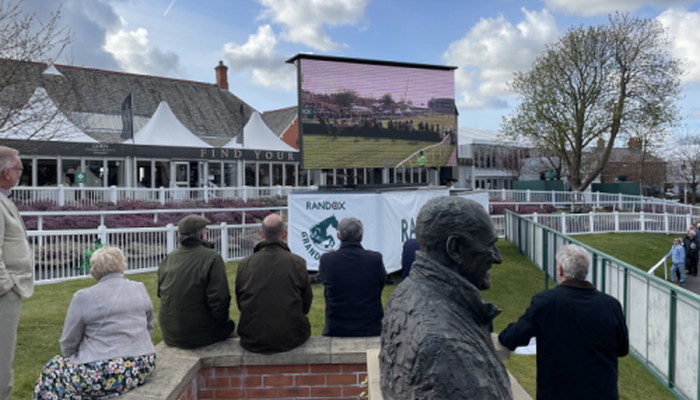 Those were all very positive, but nothing beats having a winner, something he did in 2022. What made this more special was the fact that this was going to be his last ever ride. In the weeks leading up to this race, this had been announced, and before the announcement, his father, Robert, purchased the horse Noble Yeats specifically for the Grand National, to give his son one last ride in the race.

The rest, as they say, is history, and Sam Waley-Cohen rode Noble Yeats up the home straight and to the finishing line with a big crowd in attendance to cheer him home. The fairy tale was complete, the riding career was over, and there was no better way for this amateur rider, dentist owner, entrepreneur to go out from the sport he loved with a win in the race that he wanted the most.