Getting To Aintree Racecourse

The Grand National is the highlight of the year for plenty of punters, even if it’s looked on quite snobbishly by those that view horse racing as more than just a hobby. If you’ve managed to bag yourself a ticket for one of the days of racing during Grand National weekend then the immediate question you’ll be faced with is how you actually get there. 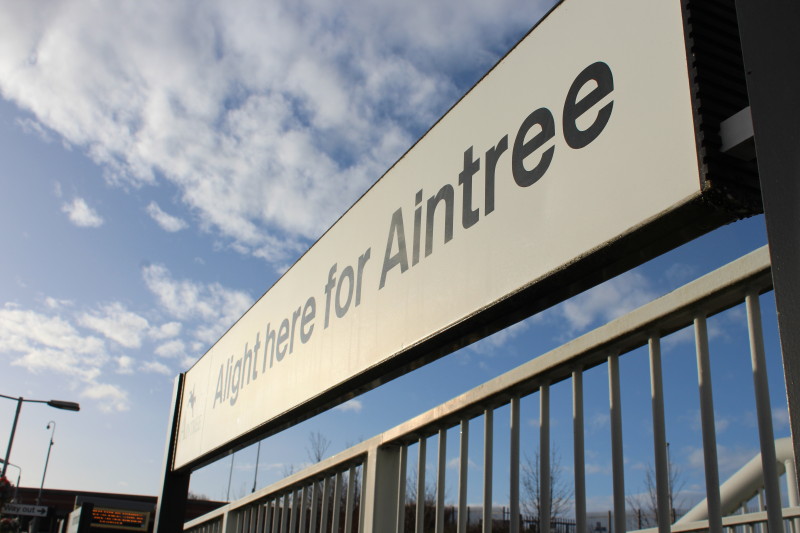 Pretty much everyone knows that Aintree Racecourse is located on Merseyside, but if you’ve never been there before then you’d be forgiven for thinking that you could step off the Mersey ferry and walk straight onto the course. In actuality it is in a suburb of Liverpool that is located outside the city centre, so it’s a touch more complicated than you might imagine. It’s easy enough to get there, though, so here’s a look at the various methods available to you.

There’s an argument that train is the easiest and most sensible transport method when looking to get to Aintree Racecourse for the simple reason that you don’t need to worry about hitting traffic, parking the car or having too much to drink.

The good news is that Aintree Station is pretty much directly opposite the racecourse, so once you’ve made it onto the right train all you need to do is keep an eye out for the station. If you’re heading there on Grand National day that won’t be all that difficult – it will be the station that the entire train empties at when it gets there!

If you’re staying in Liverpool city centre then you’ll want to walk along to Liverpool Central Station in order to get the train to Aintree. If you’re getting the train into the city then Liverpool Lime Street Station is the best mainline option to aim for. Once there, you can either walk a few minutes to Central or else just the Merseyrail underground to it.

The train to get from Central Station is the one for Ormskirk, with Aintree Station being the sixth stop on the line. If you’re flying into Liverpool John Lennon Airport then take the bus to Liverpool South Parkway and get the train from there to Sandhills, changing onto the Ormskirk train there.

Trains run from Central to Aintree every 7 and a half minutes on Grand National Saturday, so you won’t have to wait around too long to start your journey. If you’re heading to another race day at Aintree Racecourse then trains are every 15 minutes.

From there you can get a train into central Liverpool if you’re going for a bite to eat or some drinks, or you can head straight to the racecourse if you want to be in the heart of the action as soon as possible.

If you’re planning on driving from the airport then you’ll want to give yourself about 45 minutes breathing room, maybe even longer if you’re going on a day of racing as traffic is likely to be heavy.

Getting There By Road 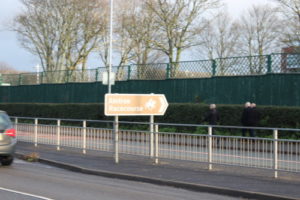 If you want to drive to Aintree Racecourse then you’ll be looking for the M6 as the main motorway you should head towards. If you’re making the journey from the south then travel along the M6 to Junction 21A, leaving it to join the M62 west. Stay on there until Junction 6, leaving to take the M57. You’ll stay on there until the end, joining the A59 and following signs to the course.

If you’re heading to Aintree from the north then you’ll still want to be getting onto the M6 when you can. Stay on it until you get to Junction 26, leaving there to get yourself onto the M58. As with those travelling from the south, you’ll also want to get onto the A59 and follow the signs to the racecourse.

If you’re heading over from the Wirral then you’ll almost certainly know where you’re going, but given there can be cheap hotel deals over the water it’s possible you’re staying there without ever having been onto the paradise peninsula before. Take the Mersey tunnel over the Liverpool and look out for signs for Preston, following them until you can get on the A59. 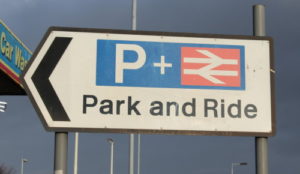 Once you’ve driven you’ll want to park your car somewhere. There is the option to park on the racecourse itself, but numbers are limited and you’ll need to book yourself a space in advance on Grand National day and, indeed, during the week itself.

Should you be travelling to Aintree for a race day outside of Grand National week then the likelihood is that you’ll be able to park your car ok as long as you get there early enough. Do be aware that you’ll probably be stuck in traffic when it comes time to leave, though.

There are a number of shopping areas close to Aintree Racecourse, but they’re patrolled with an extra sense of vigilance come race day. You might find that a random area of ground close to the course will allow you to park for a fee on their land, but you really need to be careful if that’s the road you decide to go down.

If you’re staying in Bootle and hoping to get the bus then you’ll want to take the 61A from the New Strand, which will drop you off right by the course.

Should you be staying in Liverpool city centre and you want to catch the bus then any of the 300, 311, 345, 350 and 351 will you get you to Aintree Racecourse and back into Liverpool afterwards.

If you don’t fancy driving yourself and neither the train nor bus tickles your fancy then a taxi is the quickest and probably the most convenient way to get around.

The city of Liverpool has a taxi scene that’s bursting at the scene, with black cabs in the city centre and surrounding areas as well as countless different private hire companies and those that are mobile application based.

In terms of how much it would cost you, it depends entirely on where you’d be travelling from. Here’s a rough guide to prices from different spots, though it’s worth bearing in mind that the price will go up on busier days when demand outstrips supply:

Should you wish to be truly extravagant then you might want to consider taking a helicopter to the racecourse. It takes around 90 minutes to fly from London to Aintree by that method, adding a sense of glamour and excitement to your day. The various companies that offer it will know how to get the necessary permits, but it is an option Aintree Racecourse is able to offer.

If you fancy making a try statement then arriving by limousine will allow you to do just that. Whether you like the look of a baby Bentley, a stretched limo or a Humvee limousine, arriving at the course in one is a way to make a fun day even more entertaining.

If there are a group of you going and you’d rather spend your money on the races than a flash car then make sure you have a look at your minibus options. It might not make you all feel quite as much like movie stars as a stretched limousine but it’s more budget conscious and you’ll find plenty of others making the same choice, so Aintree knows how to cater for you.

Another choice would be a bus or a coach, which is ideal if there’s a larger group of you than could fit in a minibus. The atmosphere would no doubt be rocking on there, getting you right into the spirit of things for the day ahead before you’ve even looked at the race card!