What Are The Different Ticket Stands At Aintree Racecourse?

Anyone that’s attended the Grand National at Aintree will know just how many different stands and enclosures there are within the Aintree racecourse for this event. On other race days, the course often combines various stands to create fewer but larger areas for the public, with attendances much lower.

However, the Grand National Festival, and the main day, in particular, things are split down into small sections, so it is important to get it right, be where you want to be, and, more importantly, make sure you are in the same stand as those you are going with.

The various stands all have names associated with them that are close to either the racecourse, local history, or the Grand National itself, and here are the ones you can choose from when buying your tickets.

The back story behind this horse is fascinating, he almost failed to make the track after a freak accident saw him hit by a truck during pre-training. His desire and determination make him one of the most popular Grand National winners and one of just a handful that has seen something at Aintree named after them. 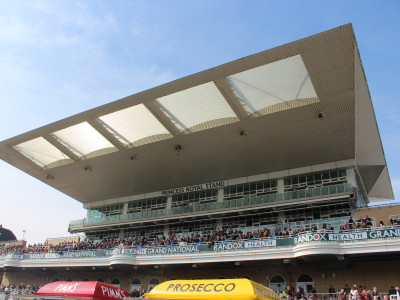 Opened in 1998, after part of the County Stand was demolished to make room for this stand, the Princess Royal stand is named after the woman that opened it. Princess Anne has always been a big lover of horses and horse racing, just like many other members of the Royal family.

She was named in honour of her love for racing with this stand and was at Aintree to open it at the start of the 1998 racing season. The stand offers seated viewing, plus the chance to watch from the roof in a covered terrace part of the stand. Situated between The Chair and the water jump, this is another stand offering prime viewing for those on course. 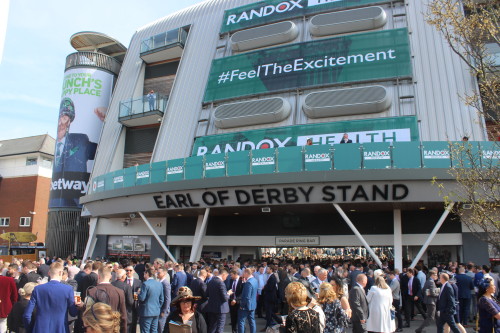 In 2006, Aintree racecourse underwent major redevelopment behind the scenes. This was mainly away from the stands, with a new weighing room, parade ring and winners’ enclosure all built to give those taking part in racing better facilities and also to create better viewing points for paying spectators.

There was part of this development aimed at the stands, though, when two new stands were built. The Early of Derby stand was one of those, with lower terracing for those standing and two levels of seating, far higher than any other stand at Aintree, to give breathtaking views of the track, including great views of both the start and finish of the Grand National.

The Earl of Derby was one of four people who initially backed a National race at Aintree, which was the origins of the Grand National and the start of the race as we know it today. 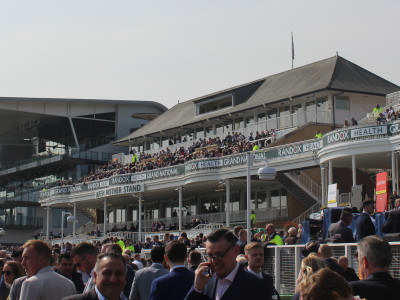 In 2001, the Queen Mother Stand was unveiled at Aintree racecourse, taking the place of a temporary stand that had been in that position for many years. It was only a matter of time before those were replaced, with renovation on the course taking place, and it was decided that the Queen Mother’s name would be added to the new stand.

Head into the stand for covered seating, or if you want to stand, then you can view from the roof of the Queen Mother Stand, getting higher and bigger views of the course. The Queen Mother was a long-standing lover of horse racing and had visited Aintree on many occasions. 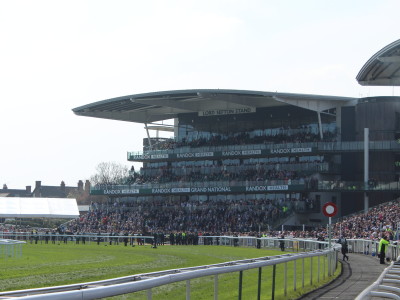 The Lord Sefton stand is similar to the Earl of Derby stand, and was built at the same time. These two towering blocks now dominate the skyline at Aintree, they are higher than other stands, offering higher vantage points for those who want to watch from above. These were built in 2006, with lower terracing first, before two levels of seating above, to house many spectators. 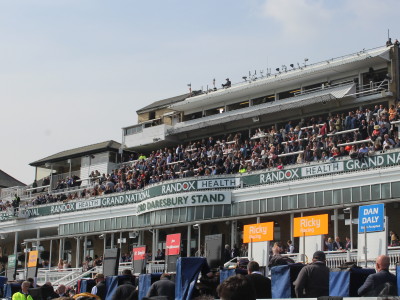 The Aintree County Stand was the place to be before the redevelopment of that area began back in 1997. The stand was made much smaller, with parts being demolished to make way for different, new and improved stands.

The little part of the County Stand that remained was redeveloped as part of the 2006 changes to the course, and this was then renamed, giving it a new name and completely ending the association with the County Stand. Lord Daresbury was given the Chairmanship of Aintree racecourse in 1989 at the age of just 35.

He guided the course through many years, retiring from the role in 2014, and the stand was named in his honour.