The 2007 Grand National was won by Silver Birch and will be remembered for not only the horse but the way in which the race catapulted the careers of both his trainer and jockey.

Robbie Power, just 25-years-old at the time, won his first Grand National on his second ride in the race while his trainer was Gordon Elliot. The Irishman was the youngest trainer to have a runner in the race, and this was his first-ever runner too, lifting both jockey and trainer into the racing spotlight.

Silver Birch was an outsider in the race, with an SP of 33/1, and this is a race that will be remembered for having a very lively betting market. We eventually had three co-favourites at 8/1, and another at 9/1, with many people strongly fancying various horses.

What Happened In The 2007 Grand National?

The going on the day was good, which didn’t further add to the stamina and jumping test already in place, but despite that, just 12 runners managed to complete the course. Silver Birch came home in front, winning by ¾ length from McKelvey in second place, with a 1 ¼ length back to Slim Pickings who finished third. These three were well clear of the remainder of the field, who came home at big intervals.

Cloudy Bays, a 100/1 shot, was left at the start, 30 lengths behind when the runners set off, but at the first fence, the chance of a much more fancied runner was already at an end. Point Barrow, one of the three 8/1 co-favourites, fell at the first fence, much to the disappointment of many punters on course and watching at home.

Monkerhostin was the big gamble of the day, a horse that had run well in the Cheltenham Gold Cup just one month before, and he was another of co-favourites by the time the race started. However, he didn’t jump well, and eventually refused, ruling him out of the race.

Joe’s Edge was the final co-favourite still in the race but was never really showing signs of winning the race, and at the 20th fence, he was pulled up by jockey Graham Lee. Later, it was discovered that the horse was lame.

With two flights to go, Slim Pickings was ahead, but when the horses jumped the last, Silver Birch jumped into the lead and set off for home. The long-run in began to show, with Slim Pickings and the fast-finishing McKelvey in behind and gaining ground on the leader,

Fortunately for Robbie Power, Gordon Elliott and those who backed the horse, the winning post came just in time, before the chasing pair could catch up.

The 2006 winner of the race Numbersixvalverde finished sixth this time, while 2005 winner Hedgehunter completed the course and finished ninth.

What Could Have Been For McKelvey

While we often forget the horses who finish second, spare a thought for McKelvey, who finished second in 2007. The horse ran well and was closing fast at the end of the race, but could not do enough to get in front.

After the race, it was discovered that McKelvey had suffered an injury towards the end of the race. Had it not been for that, he would have almost certainly won the Grand National and deserves a ton of credit for being able to finish second, despite that injury.

Big Win For The Bookmakers 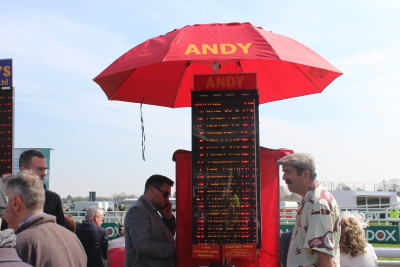 The 2007 betting heat was one of the most volatile we have seen, and many horses had support for a variety of reasons. We had three co-favourites in the race, all of whom failed to complete the course. The two most recent winners also came back to the race, Numbersixvalverde and Hedgehunter and although they managed to complete the race, neither finished inside the places.

That all led to a huge day for the bookmakers. With a 33/1 winner and every placed horse except one priced up at the same or bigger, this was a day that went with the bookmakers.

Controversy At The Start

When people look back at the 2007 Grand National, anyone who remembers it will certainly tell you about the start. After the race, there was a lot of criticism given to starter Peter Haines for his actions.

Haines was unhappy with the field, but many felt he kept asking them for too much and should have been more lenient with the runners and riders, on what was a very hot day. Eventually, at the sixth attempt, the runners were allowed to go, but the start still wasn’t perfect, as Cloudy Bays was left behind.