The 2017 Grand National gave us a win for Scotland, just the second time that a runner from the country has won the race. The other was way back in 1979 when Rubstic won the race.

One For Arthur was the winner, trained by Lucinda Russell and ridden by Derek Fox.

Media rights for the race were held by ITV for the first time ever, with Channel 4 stepping away from the sport. The race also had a new sponsor, with Randox Health signing a five-year sponsorship deal, beginning in 2017.

What Happened In The 2017 Grand National? 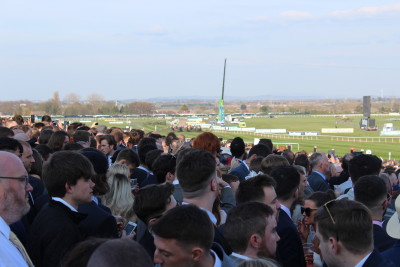 It is fair to say the 2017 race was full of drama throughout. First of all, the race had two false starts as horses struggled to settle before the tape went up. The first of these was especially big, with numerous horses setting off and running the tape before being called back.

During the race, on the second circuit, leader Roi Des Francs was carried out by a loose horse to see his chance completely disappear, he went from first to midfield due to that.

To add further drama, at the final fence, after four miles of racing, we have four horses together jumping in a line, setting up what could have been the most dramatic race finish we have ever seen. However, One For Arthur had different ideas and powered clear of the field to win the race by four and a half lengths, staying on up the straight better than any of the others in contention.

The going was good to soft on the day, perfect ground for jumping, and all 40 runners returned to the racecourse stables safely after the contest.

A New Home For The Race On TV 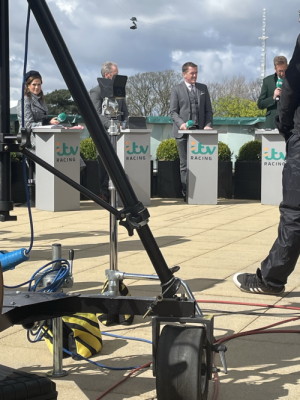 At the start of 2017, horse racing had a new home on terrestrial TV with a deal signed for racing to be shown on ITV. The channel had previously covered racing in the past, and thanks to the growth of the sport on ITV, as well as coverage on the main ITV channel, the company decided to bring it back.

It was a strong move for racing, moving away from Channel 4 and while selected meetings would move to ITV4, which wouldn’t bring the same amount of interest, the move did mean that a lot more racing would be shown.

Of course, this included the big events on the calendar, and the 2017 Grand National was the first showing of this race on ITV. They provided both a morning preview show plus a full afternoon of coverage on the main ITV channel, which was very well received.

The Need For Luck

If you want to see just how important luck is in this race, then the 2017 running is a perfect example of one to watch. With false starts at the beginning causing some horses to run the tape and have to be stopped and pulled up, followed by the leader Roi Des Francs having his chance completely ruined by a loose horse, this race had it all.

Being the best horse in the race is only part of the battle, luck plays a huge role in the Grand National, just as it did here in 2017, with One For Arthur getting a clear run and comfortable start, compared to some of his rivals.

The Death Of Many Clouds

Unfortunately, 2015 Grand National winner Many Clouds was unable to make the race after collapsing on the course at Cheltenham, straight after he had won the Cotswold Chase in January.

Winner of the 2015 National, unplaced in 2016, the Oliver Sherwood trained runner was all set to head back to Aintree for his third attempt at the contest but didn’t make it. His performance at Cheltenham won him the award of being the leading staying chaser during the 2016/17 season and would have been one of the fancied runners in the Grand National.