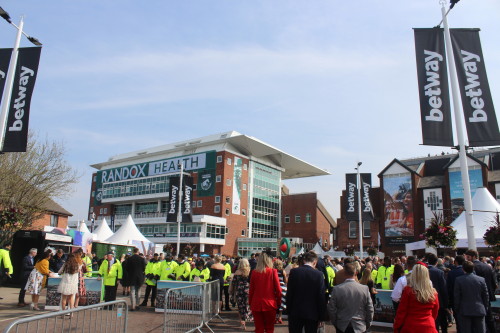 2019’s edition of the Grand National had one story over-riding all else in a manner that hadn’t happened for decades. Could the Gigginstown House Stud Gedling Tiger Roll defend his title and become the first horse since Red Rum in 1973 and 1974 to win back-to-back Nationals? The answer, it would transpire, was yes. It was unquestionably the major taking point of a fascinating year at Aintree Racecourse, but a year that was also marred by tragedy.

The Willie Mullins trained Up For Review was brought down at the first and later had to be euthanised. Owned by Andrea and Graham Wylie and ridden by Willie Mullins’ son Danny, Up For Review became the first horse since 2012 to lose its life during the biggest race in steeplechasing. General Principle was also taken from the horse in a horse ambulance, with the fatality and injury occurring despite the fact that there have been significant improvements to the course in recent times.

What Happened In The 2019 Grand National

The 2019 edition of the Grand National was the 172nd time that the race has occurred, seeing a field of 40 horses take to the Aintree Racecourse in the hope of winning the biggest prize in steeplechasing. All of the talk before the race was entirely about Tiger Roll, which came into the National on the back of winning the Glenfarclas Cross Country Chase during the Cheltenham Festival, just as he had done in 2018. 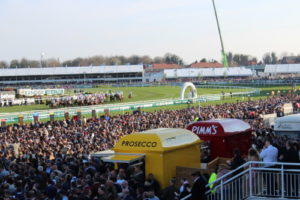 Things hadn’t looked entirely promising at the start of the race, with Davy Russell struggling to get him going and failing to encourage him to line up with his 39 competitors as they waited for the starter’s orders. He soon got his steed to improve, though, and moved him into 10th for the majority of the race. He was what you would call ‘handily placed’ and even had enough wiggle room to struggle a little with his footing over the fences that were fourth and third from last.

As the race began to head towards the last Russell moved Tiger Roll into position, benefitting from a mistake by Magic of Light and allowing Russell to move his ride into the lead. Having gone too soon in 2018 and seen Tiger Roll win by just a nose, he timed the run to perfection in 2019. For Gordon Elliott it was his third Grand National winner, with the Irishman having won it in 2007 with Silver Birch.

The First Needed To Be Avoided The Second Time Round

The usual National route sees the horses jump many of the fences more than once, but they had to avoid the first on the second time around when Vintage Clouds fell and brought down Up For Review. The former was thankfully ok, but the latter had a tent erected around it and was euthanised when the on-course vets realised that its neck had been fractured by the fall. It became the first Grand National fatality since both Synchronised and According To Pete died in 2012. It was at that point that major changes were made to the layout and style of the course, including a dramatic softening of the fences.

It was the third death of the three-day meeting, with both Forest Des Aigles and Crucial Role dying on the second day. The British Horseracing Authority always carries out a review of the Grand National meeting, as it does with every meeting under its control, and carried out the same thing in the wake of the deaths in 2019. Given that so much had been done to mitigate the problems of previous years in the build-up to the event and that no horse had died during the National since 2012, it was seen as a tragedy that the BHA said they would leave ‘no stone unturned’ in investigating.

The notion of an ‘Irish Invasion’ is usually more commonly associated with the Cheltenham Festival when it comes to horse racing, but the same can very much be said for the Grand National in 2019. The event saw a record number of Irish entries, with 47 of the 112 initial entries coming from the Emerald Isle. In the end 13 of them ended up making the starting line, which were:

The win for Tiger Roll meant that an Irish trained horse had won the race eight times since 2000.

Gordon Elliott Threw Plenty Of Darts At The Board

Despite feeling relatively confident about Tiger Roll’s chances in the 2019 running of the race he’d won the year before, Gordon Elliott didn’t take any risks in terms of backing himself to get a winner if Tiger failed to live up to expectations. The County Meath-based trainer set a new record for the number of horses entered into the race by one person, seeing more than a quarter of the entrants into the race come from his stables.

Indeed, it would have been 13 horses entered under his name instead of the 11 that were actually entered if his previous trainees, Outlander and Don Poli, hadn’t been sold before the race and moved to different yards. Instead he had to settle for the following running for him:

Blow By Blow (Pulled Up)