The Pipe name is one that will forever be associated with national hunt racing, and although dad and former trainer Martin Pipe is the biggest name now, David is certainly pushing hard to take that title away from him.

Born on February 7th, 1973, David has one Grand National win to his name and a whole host of other successful moments in his short career. Given that his father won the Trainers Championship a total of 15 times in his career, David has plenty to do to overtake him, and because of who his dad is, the pressure is undoubtedly always on.

Success at the Cheltenham Festival and in the Grand National has given David his own stamp on racing, rather than living off what his dad did during his career.

Pipe took over the license from his dad in April 2006, and two years on, he was winning the Grand National. Of course, by inheriting the horses at the yard, he had an advantage, but this quickly showed us all that Pipe certainly had the talent to compete at the top level of racing as a trainer.

Comply Or Die was the horse that won him his first National, ridden by Timmy Murphy, regular stable jockey, and owned by David Johnson, a massive supporter of his dad over the years. There was a lot of confidence in Comply Or Die, and with money coming for him on the morning of the race, he was sent off the 7/1 joint-favourite as things started.

After the race, jockey Murphy said in the winner’s enclosure that David Pipe had told him the horse was a certainty and to ride him with that belief. A good jump at the last gave Comply Or Die the momentum, and he came away to win the race by four lengths, with nothing else emerging to really challenge.

Owner David Johnson had previously had many big race winners, but prior to this, the Grand National had eluded him. He had watched 20 runners in his colours take part and fail to win the race, Comply Or Die was the 21st and finally won him the prize.

David Pipe had started his training career strongly, with some good success. However, there is nothing better than moving forward with momentum from winning one of the biggest races in the world, and this was undoubtedly a significant moment in his early career.

Following In His Dad’s Footsteps 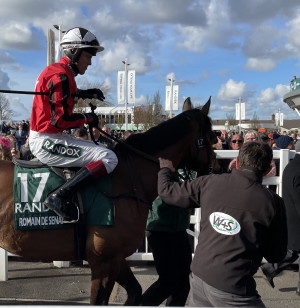 Over the years, we’ve seen many training establishments passed down to other members of the family, and there is always added pressure with this. However, in terms of pressure, few felt the scale that David Pipe had when taking over from his dad.

Martin was a massive name in national hunt racing in the 90s and early 2000s, seemingly with winning chances in all the big races that took place. He was known for being able to keep handicappers improving, and during his career, he managed to land many plots in big races.

The shoes to fill were big, but David was determined to succeed. He did have one significant advantage when starting out, and that was the loyalty of all owners in the yard, who were previously with his dad. These remained with David, so he had a huge string of horses to get started, including a few that were very highly rated.

He took over the license in April 2006 and had his first winner on May 9th, a day where he had two winners from two of the racecourses that are furthest away from each other, Kelso and Exeter. This was a sign of things to come from the yard, just like his dad in the past, David had a lot of horses and would send them all over the UK to get them into winnable races.

Prior to going into the training industry, David Pipe began life as an amateur jockey. He rode in point to point races to begin with and had 22 winners across five seasons. During that time, he also rode in a few amateur riders races under rules, where he recorded two wins.

At this point, Pipe decided to retire from race riding, and instead, he wanted to focus on following in his dad’s footsteps and becoming a trainer. The easy route would have been to join his dad, but rather than that, Pipe decided it was best to learn his craft elsewhere.

Preparation For Taking Over The Training License From His Dad

The basis for his success came from learning about training around the world. Michael Dickinson, Joey Ramsden and Criquette Head-Maarek were just three of the yards that Pipe spent time at during this period.

Going away from his dad and the way in which that yard worked would be invaluable for Pipe, who saw many different things and new ideas that he could implement. It also showed that he was prepared to work for things and didn’t want to take the easy option of going straight to his dad.

After learning the trade, Pipe went to train point to point runners and had a great deal of success. He trained 164 winners across a six-year period. Of course, he had plenty of backing from owners, given his name, but that is still an impressive number of winners for someone new to training and showed the talent he had.

Finally, in 2006, when his dad retired from the sport, David was handed the license and took over the training full time from the Pipe base.

A Winner At Every UK Racecourse

Many trainers, even those with bigger yards, often focus their horses on the courses that are within a couple of hours of where they train. They may go further from time to time when a big race is on offer, but that happens rarely.

This is undoubtedly not the Pipe motto and way of training. The yard regularly sends runners around the UK, even for minor events, with many horses in the yard and the need to find winning opportunities for them all.

With this in mind, the feat of training a winner at every single racecourse in the UK shouldn’t come as a surprise, but it is something that David Pipe has already achieved. This shows his commitment to finding races that his horses can win, regardless of the travelling involved.

Here are some of the bigger names trained by David Pipe during his career.