Frank Gilman had a long training career, with Grand National runners near the beginning and end of it. He didn’t have many, just four in total, and three of those came thanks to the same horse. However, he did manage to taste success in the race, and he did so with a very impressive winner.

Grittar was the horse, who won the 1982 Grand National and did so by a winning distance of 15 lengths as the 7/1 favourite, but he was hard held, eased up the run in, and he probably could have gone round again if he’d needed to.

The horse was a point-to-point runner, with Frank holding a permit to train horses, and this was one of many fascinating elements of the story around this horse. Sadly, 11 years after Grittar won the race, in 1993, Frank Gilman passed away. 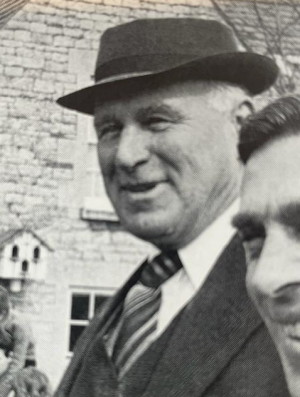 You can pick out a variety of different elements to this story, which are all equally brilliant in their own right. In terms of Frank Gilman, he wasn’t just the trainer of this horse but was also the owner and breeder, so he was with him all the way. Training a Grand National winner is special, but owning and breeding the horse, and watching him develop throughout his career, must be an unbelievable feeling.

Elsewhere, winning as a hunter chaser was a big story, so was being ridden by a 48-year-old amateur jockey. And let’s not forget the way in which the horse won this contest with relative ease or the drama that unfolded in the early stages when more than half the field fell across the first eight fences.

The first part of the race saw ten horses fall at the first fence and then a further ten fall between the second and eighth fences, which left just 19 of the 39 runners still in the race. This was all about luck, and judgement by the jockeys on board, luckily, Grittar got round.

Gilman had trained his horse perfectly for the day. A year earlier, he’d won the Foxhunters Chase at the Cheltenham Festival, followed by the Foxhunters at Aintree to complete the double. He was then trained with the Grand National in mind and, thanks to his Aintree win, had experience over the big fences.

A nice win in a much lower grade at Leicester was followed by a respectable sixth-placed finish in the Cheltenham Gold Cup. It was all systems go for Aintree, but there was talk about who would ride the horse. Dick Saunders, who was an amateur rider, told Gilman to employ a professional rider who could get the best from the horse and win the race. Gilman didn’t stand for that, he stood by his man and allowed Saunders to keep the ride.

It was nice to see this loyalty, but ultimately the right call because thanks to the guidance of Saunders in the early stages of that race, Grittar was able to safely guide a passage through trouble and stay in the contest.

In the closing stages, nothing was going as well as Grittar, he was ahead and going strong, much better than those behind him that were trying to keep up with the leader. After the final fence, Grittar kept going strong, and in the closing stages of the race, he was well clear, eased down, and allowed to enjoy crossing the line as the winner of the Grand National.

Gilman had his first Grand National runner in 1955, but his horse, Another Rake, fell at the third fence. He would go on to have three more attempts, the win by Grittar in 1982, and then further attempts by the same horse in 1983 and 1984, where he would finish fifth and 10th, respectively.

A small trainer, one that not only won the race as a trainer but did so as an owner and breeder to make the day even more special. Grittar was incredibly when winning the race, a most impressive winner, and trained to perfection for the day by Frank Gilman.

Here are some of the bigger names trained by Frank Gilman during his career.