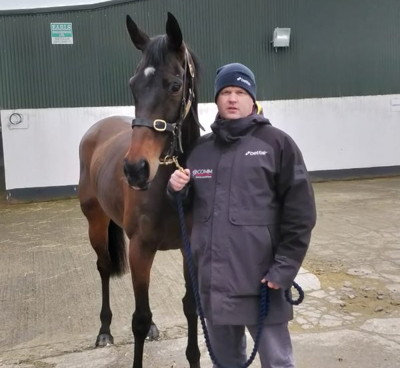 Born in Ireland on the 2nd of March 1978, Gordon Elliott began his life in the world of horse racing by working for Tony Martin during the school holidays and at weekends. He gained his amateur license as a jockey when he was 16 and made a name for himself on the point-to-point circuit before moving to the racecourse. The highlight of his racing career came at Punchestown when he rode the Champion Bumper winner there in 1998 for Nigel Twiston-Davies. It was one of 46 wins for him as a jockey.

Elliott retired as a rider in 2005 and began his career as a trainer the year after, gaining the world’s attention when Robbie Power rode Silver Birch to Grand National glory in 2007. He was just 29 at the time, with the win being even more notable for the fact that he hadn’t even trained a winner in his native Ireland at that point. In 2019 he became the first trainer since Ginger McCain to see the same horse win back-to-back Grand Nationals when Tiger Roll achieved the feat for him.

Gordon Elliott’s life in the world of racing began when he was 13, starting work for Tony Martin at the weekends and during school holidays. The second he could leave school he was offered full-time employment by Martin, applying for and gaining his jockey’s license when he turned 16. Caitriona’s Choice was the name of the first horse that Elliott won a race with, coming in a bumper at Ballinrobe on the 25th of May 1995.

Elliott’s Career As A Jockey

That’s not to damn the Irishman with faint praise, however. As well as winning the Punchestown Champion Bumper and riding to victory five times in America during his 46 wins as a jockey, Elliott also won five races as a jockey at the Cheltenham Festival.

Elliott And The Cheltenham Festival 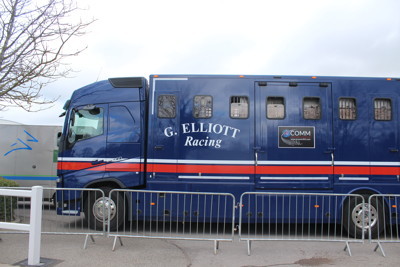 It’s unquestionably as a trainer that Elliott made his name, with the Cheltenham Festival being the place that he made it. Indeed, the biggest meeting in horse racing was where he saddled his first runner in his new career, sending Brandon Mountain over to Gloucestershire in March 2006 to run in the Fred Winter Juvenile Handicap Hurdle. It was ranked 100/1 and didn’t even register on the mind’s of most people, but it was the start of the trainer’s love affair with the National Hunt’s most prestigious horse racing event.

His first win as a trainer came at Perth three months later when Richard Johnson rode Arresting to victory, with the same horse notching up two more wins before the season was over. It was the following year that saw Elliott propelled onto the international stage, with the successes starting at Cheltenham thanks to a second-place finish for Silver Birch in the Sporting Index Cross Country Chase. That led to the horse starting as a 33/1 outsider at the Grand National, which he duly won by three-quarters of a length to make Elliott the youngest trainer to win the race.

That was just the fourth win of his career and came about because of the lessons learnt at Cheltenham, which would be a course that Elliott would see a fair amount of success on. His first win at Cheltenham came in 2011 courtesy of Chicago Grey in the National Hunt Chase Challenge Cup, but the one that really saw him earn his place in Cheltenham Festival folklore was the win of Don Cossack in the Gold Cup in 2016. The year after he pipped Willie Mullins to the title of Top Trainer when he racked up six wins and one more second-place finish than his rival, equalling Mullins’ record of eight wins when he won the title again in 2018.

By the age of forty he had trained more than 1,000 winners, with over 150 of those being in Graded races. Of all of those wins, the two that stand out the most for the watching public came at Aintree thanks to Silver Birch’s 2007 win that made him the youngest trainer ever to win the race and the 2018 and 2019 wins that resulted in Tiger Roll repeating Red Rum’s trick of back-to-back wins. Little wonder that Elliott is considered to be one of the rising starts in the world of horse training, following up a second-place finish with two Grand National wins on the bounce!

Becoming the youngster trainer to win the Grand National isn’t the only record that Gordon Elliott has set during his career. When he won all three Grade 1s that are on the card at the Fairyhouse Winter Festival in 2017 he became the first trainer to achieve the feat, seeing Mengli Khan, Apple’s Jade and Death Duty win the Bar One Racing Royal Bond Novice Hurdle, Hatton’s Grade Hurdle and Drinmore Novice Chase respectively.

General Principle helped Elliott to win the BoyleSports Irish Grand National at Fairyhouse for the first time in 2018 and when he followed that up with three wins at Downpatrick the month after, he set was a then-record of 194 wins in a single season. In 2017-2018 he became the first trainer to win 200 races in a jump season when Portnablagh was victorious in the Cork & Waterford Mares’ Point-To-Point INH Flat Race at Cork. Remarkably his success pushed Willie Mullins on to new levels, with his rival getting 212 winners compared to his 210, which was a new record.

What makes the Irishman’s achievements all the more impressive is that he doesn’t come from a racing family. He is the racing world’s equivalent of a self-made man, with his father being a mechanic and the family living in a ‘normal house without an acre’. By the age of 37 he was successful enough to buy his own farm, Cullentra House in County Meath.

When Michael O’Leary and Willie Mullins chose to part ways over Mullins’ decision to raise his training fees by 10% in 2016, it was Elliott that the Ryanair CEO decided to turn to to take on the majority of the training for Gigginstown House Stud. Otherwise Elliott tends to keep himself and his business out of the newspapers as much as possible, though he hasn’t always been successful at doing so…

For such a short and meteoric career in relation to other trainers, Elliott has had his share of controversy. In February of 2019, for example, he was fined £3,000 after he was found to have been schooling in public at Ayr Racecourse. The horse in question, Braid Blue, suffered a 40 day racing ban. Two months later and Elliott had to speak to the High Court in order to tell them that he had never spoken to John Boylan, a man the Criminal Assets Bureau believed had purchased a horse that Elliott trained using money gained from drug-dealing.

At a meeting at Punchestown that month Armed gardaí were in attendance to ensure that the trainer didn’t come under any pressure from a criminal gang regarding his involvement in the matter. The horse in question, Labaik, had won the Supreme Novices’ Hurdle in 2017 and was due to run in the Punchestown meeting. All of this came in the same month that the Irishman defended his decision to put a record number of horses into the Grand National, saying that he worked for numerous owners, they’d all paid their entry fees and you can’t win it if you’re not in it.

Examples of horses trained by Gordon Elliott during their careers include the following: