Perhaps the biggest female name associated with national hunt racing, certainly from a training perspective. Jenny Pitman was a key member of the racing community during her heyday, paving the way for women to have success in the sport.

Pitman was the first woman to win the Grand National when landing the race in 1983 with Corbiere. She went on to win the race many years later, with Royal Athlete landing the 1995 title. In between, she saw another of her runners cross the line first, Esha Ness, who was first home in 1993, but that race was void due to a false start, despite some of the field completing the course.

She loved the Grand National, and anyone who doubts that should go and take a look at how many runners she had in the race. It was the one she wanted to win, despite having good success elsewhere, in particular, winning the Cheltenham Gold Cup on two occasions.

She officially retired from training in 1999, handing over the reins to her son Mark. A year earlier, in 1998, she was given an OBE for her services to horse racing, marking what she had done for the sport, both in terms of winners and for paving the way for other women to follow.

In 1999, after retirement, Jenny Pitman was the first person to be awarded the Helen Rollason Award at the BBC Sports Personality of the Year ceremony. This is given to someone with ‘outstanding achievement in the face of adversity’. The reason for this was that Pitman was diagnosed with thyroid cancer, something that she defeated and has since become a patron for. 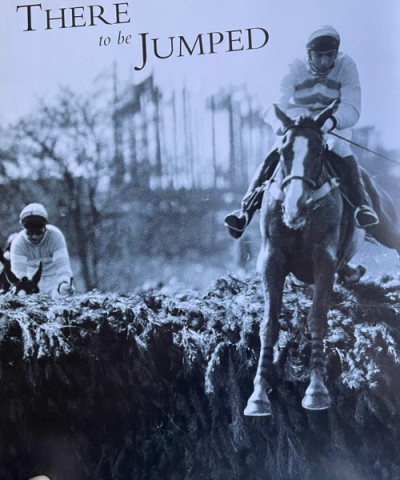 In 1983, with her seventh Grand National runner, Jenny Pitman tasted success for the first time. Corbiere was the horse in question, having his first run in the Grand National and winning by just under a length at odds of 13/1.

There was a long-term plan in place for this horse, the race was always his end-of-season target. He won the Welsh Grand National at the end of 1982, which set him up perfectly for the contest, and delivered on the day.

Ben De Haan was his rider, a regular pilot used by Pitman. Corbiere would go on to run a total of five times in the Grand National over the years, and De Haan rode him in four of those races. He would come third in 1984 and 1985 in a bid to make it two victories that just fell short.

Front rank throughout the contest, plenty challenged Corbiere, including the biggest challenge of all, which came up the run-in from Greasepaint. However, Corbiere held firm and denied everyone that came at him, as he kept finding more and would go on to win the race.

When winning, Jenny Pitman became the first female trainer to win the Grand National and was part of the success she had on the big stage that would really define her career and make her a firm favourite with racing fans.

In 1995, Jenny Pitman trained her second Grand National winner, and there was plenty about the race to make it special for her. First of all, she had six runners in the race, this was at the height of her training, and she was clearly targeting the Grand National because she loved the race so much. At the time of this race taking place, her six runners became a record for the number taking part under one single trainer.

Pitman also deserves a lot of credit for the jockey booking that day. With six runners, and some jockeys having other commitments, Pitman was struggling to find a pilot for Royal Athlete, and the horse was down the pecking order as one of her unfancied runners.

After going through her contact book, she had failed to secure a rider she was happy with, so she put the racing channel on to see what was happening. During this moment, she spotted Jason Titley riding and liked what she saw. A little more investigating and Pitman offers the ride to Titley. He accepted and would take his first Grand National ride in 1995 on Royal Athlete.

It is fair to say that the horse was given a perfect ride on the day, looked after when needed, and put in the right position at all times. He went to the lead as runners took to the second circuit at the same time as Master Oats, the big favourite on the day, but that didn’t put Titley off. The horse stayed strongly and came away to win the race by seven lengths in great style.

Pitman celebrated, winning the race for a second time, but she deserved more credit than just that for bringing Titley in to take the ride a few weeks earlier. She trusted him with his first National ride, and that paid dividends many times over, with the result going in her favour.

Royal Athlete won the race towards the end of his career, he would race just once afterwards and was a 12-year-old when he won the contest. Most horses struggle towards the end, but Pitman kept him interested in racing brilliantly and did so enough to get him to win the biggest race of them all at the end.

Winning The Race That Never Was 1993

The 1993 Grand National will go down as being one of the strangest moments in horse racing history, not just with the Grand National. After much confusion, the race is affectionately known as ‘the race that never was’ and was declared void.

Pitman was involved because in terms of the first horse to complete the course and cross the finish line, her runner, Esha Pass, was the one to do that. She knew while watching, as many of us did, that the race would be classed as void, so there were no celebrations afterwards.

However, the fact remains that Pitman once again trained a horse for the day, got it right, and had one come home in front. Many runners pulled up during the race, but when thinking back to the contest, although it was eventually void, Jenny Pitman trained the first home of the six that completed the full course.

Love For The Grand National

Some trainers get attached to various races during their time. It may be a big race, one close to home, one they have a sentimental attachment to, or something else. Whatever the reason, Jenny Pitman loved the Grand National.

She wanted to win the race every year and often targeted multiple runners at the race, particularly during her peak years as a racing trainer. Her first runner in the race was The Songwriter in 1977, while her last came with Nahthen Lad when he finished 11th in 1999.

During the 22 years she had between her first and last runner in the race, she saddled a total of 42 horses to run in the race. In 1995, she saddled six runners, which at the time was a record for the number of runners trained by the same person in the race.

She wanted to win the contest and went out of her way to do so, showing her love for Aintree and a desire to win what she valued as the biggest and best race on the calendar.

It is fair to say that the Grand National played a huge part in the life and career of Jenny Pitman. It was the race she wanted, the one she will be remembered for, but not the only place where she had big success at the top level.

Pitman won the Grand National twice but also won another big race twice, and that was the Cheltenham Gold Cup. She first won the Gold Cup in 1984, which came a year after her first Grand National win. Burrough Hill Lad was the name of her first Gold Cup winner, a horse who was at the top of his game at that time. He won the 1983 Welsh Grand National before landing the Gold Cup, then came back at the end of 1984 to win the King George at Kempton, Charlie Hall at Wetherby, and carried a considerable weight to victory in the Hennessy Gold Cup at Newbury.

During her time as a trainer, Pitman won many big races and was highly respected for her success.

Here are some of the bigger names trained by Jenny Pitman during her career.