Has The Grand National Ever Been Cancelled And Why? 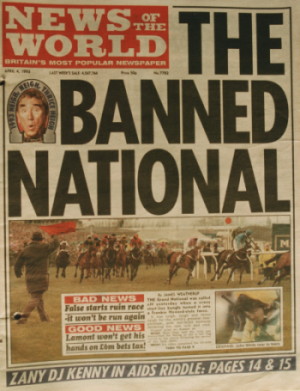 The world’s greatest steeplechase is watched by millions of people all around the world. People are obsessed with it, some spending weeks or even months prepping for it and picking the horses that they’re going to bet on, whilst others just enjoy the excitement of it and pick their horse on the day by looking at the ones that have got good names or else are wearing their favourite colours.

The newspapers and websites that they pick their selections from prepare for the Grand National well in advance, bringing in expert columnists, celebrities and notable figures to make comment on it.

With all of that in mind, then, it must be extremely frustrating for all concerned when the National is cancelled. Even aside from the people mentioned there and the jockeys, trainers and owners that prepare for the big event, there’s also the workers at Aintree Racecourse who spend most of the year looking forward to showing it off to visiting dignitaries and racegoers.

Thankfully, though, cancellation of the Grand National is an extremely rare event, with the race taking place most years since its foundation in 1839. Here’s a look at the moments that the race wasn’t run.

During the First World War Aintree Racecourse was commandeered by the War Office, meaning that the race couldn’t be run as it usually was. Instead, the event was moved to Gatwick Racecourse, which no longer exists as it has since been taken over by Gatwick Airport.

Does that mean that the National was actually cancelled? It’s a matter of debate, of course. What we can say is that the official race didn’t happen, with the races that took place in 1916, 1917 and 1918 known by different names. The first one was the Racecourse Association Steeplechase, whilst the latter two were given the title of the War National Steeplechase.

The reason we’re including them in our list is that the results are not always included in official lists of Grand National results, usually being omitted from any lists of previous winners. Consequently, the 1916 victory of Vermouth, ridden by Jack Reardon, Edmund Driscoll’s 1917 win on Ballymacad and the success of Ernie Piggott, grandfather of Lester Piggott, on Poethlyn are often ignored.

The War Office once again commandeered Aintree Racecourse during the Second World War. Here things are lot clearer and easier to understand, given that the decision was taken not to host the race anywhere else as had been the case during the First World War. Instead, things occurred as normal for racing in 1940 before the race was cancelled between 1941 and 1945.

Again, whether or not you think that counts as the race being cancelled is a matter of opinion, but certainly it didn’t take place for five years. Obviously that’s slightly different to the race being scheduled and not happening for one reason or another, given that nobody will have turned up to Aintree Racecourse in 1944 expecting to see the horses running around the track.

The Grand National & The IRA 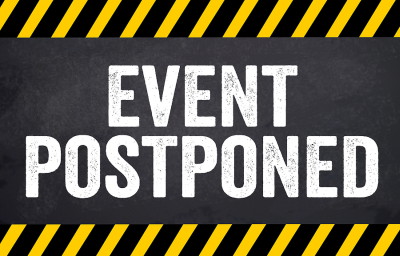 One of the most famous examples of the Grand National being cancelled occurred in 1997 when it was scheduled to take place on Saturday the 5th of April. Thousands of people had made their way to the Merseyside course, with the horses and trainers expecting the race to take place. In the end it didn’t, with Merseyside Police receiving a phone call at 2.52pm from the Provisional Irish Republican Army informing them that a bomb had been planted at Aintree Racecourse.

The call came three minutes after a call had been made informing police of another bomb in place at Aintree University Hospital in the Fazakerley district of the city. The two calls used recognised codewords, leaving the police with no choice but to evacuate the racecourse. More than 60,000 people were made to leave, with around 20,000 being stranded in Liverpool with nowhere to stay and nowhere to go. In the end the people of Liverpool threw open their doors and gave them shelter for the night.

This is another race that begs the question of whether or not it actually counts as being cancelled, given that the Grand National took place on Monday the 7th of April at Aintree Racecourse. That is a delay that bookmakers would most likely class as a postponement rather than a cancellation, with in excess of 20,000 people turning up to watch the race take place on the Monday. Lord Gyllene won the race, crossing the finish line 49 hours later than he should’ve.

This is yet another example of a Grand National that wasn’t technically cancelled but also didn’t actually take place. It took place on the 3rd of April in 1993 and was intended to be the 147th running of the race. Regrettably, however, it wasn’t able to count as an official running because a false start was declared, only for 30 of the 39 horses taking part to not realise and continued racing.

Of the 30 that carried on running after the false start had been declared 7 finished the race. Esha Ness was the horse that ‘won’ the race, managing the track in the second-fastest time ever. Unfortunately, however, the result was declared void and therefore doesn’t count as an official one. The reason it makes the list here is that the Jockey Club decided not to re-run the race at a later date, meaning that no race result is noted for the year 1993.

Has the Grand National ever been cancelled? That’s the question that we asked out the outset of this piece and the answer is technically ‘no’. During the First World War it took place, just not at Aintree Racecourse. During the Second World War it was never scheduled to happen, so can’t really be considered to have been cancelled.

Equally in 1997 the race did actually happen on the Monday, meaning that it was postponed rather than outright cancelled. The only time that it didn’t fully take place was in 1993, but it did partially happen and the result of the race was declared void, as opposed to the overall race was cancelled.

Perhaps that’s all semantics, but when all is said and done the race has yet to be cancelled in the strict meaning of the term with regards to horse racing.