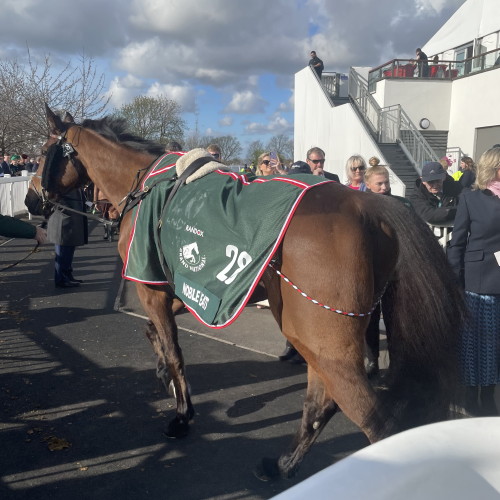 A fairy tale victory in 2022 for Noble Yeats, both for the horse himself and also for his jockey, Sam Waley-Cohen. Foaled on 16th May 2015, and a winner of the Grand National in 2022, this means the horse officially won as a seven-year-old, but actually did it before his official seventh birthday.

He became the first seven-year-old to win the race since Bogskar in 1940, but when you add into the fact that he was actually still six according to his date of birth and not the January 1st age change date, this makes it even more impressive.

A Purchase Just Weeks Before Winning the Grand National

Remarkably, Noble Yeats was purchased just weeks before running in the Grand National. He was bought by Robert Waley-Cohen, a prominent horse racing owner, who loves the Grand National and wanted to find a horse that his son could ride.

He picked out Noble Yeats after a run at Wetherby, where he finished second in the Towton Novice Chase behind Ahoy Senor, who went on to win the Grade 1 Mildmay Novice Chase at the Aintree Grand National meeting in the same year.

After the purchase, to avoid any issues for the horse so close to both the Cheltenham Festival and the Aintree Grand National, he remained with Emmet Mullins to be trained in Ireland. 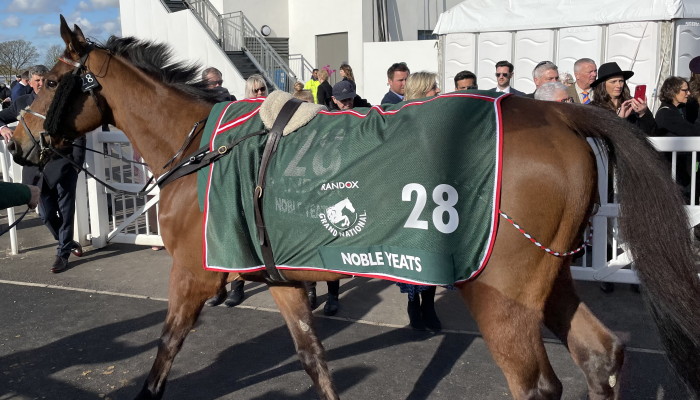 Sam Waley-Cohen has never progressed from the amateur ranks to become a full-time jockey, instead keeping his amateur status and using it to his advantage. He’s always ridden horses for his dad, including Long Run, and has always been sought out by trainers for the amateur-only races.

He announced earlier in the season that he would retire after the 2022 Grand National, part of the reason why his father went out and bought Noble Yeats. The horse was a 50/1 chance in the race, and had a lot to prove, but gave Sam a great ride around the Aintree fences, and of course, a fairy tale ending to his career.

The early years for Noble Yeats came just before his Grand National win, with just over two years between his debut in a point-to-point race and winning the 2022 feature event.

He finished second in his only point-to-point start and was sold for £75,000 later that month on the back of that strong performance. A year later, he hit the track under rules, with three national hunt flat races (1 win) followed by one run over hurdles, which he won with ease.

It was easy to see his future lied over the bigger obstacles though, and he was sent chasing straight away the following season.

He won his chase debut in October 2021 but failed to win any of the six runs after that, four of which came in graded company, and one came at the Cheltenham Festival. That took him to Aintree for the 2022 Grand National and built up a picture which led to him being sent off at 50/1 for the contest, and he was still a novice chaser at this point.

Winning the Grand National at such an early point in his career means that this is the only big win of his career so far, but he certainly did it in style. Despite being a novice, Noble Yeats jumped like a professional, and really took to the Aintree style fences with ease, jockey Sam Waley-Cohen was quick to comment on this after the race.

There was also no doubt about his staying power too, he was pressed by many, but was the horse to come out of the pack and stay on up the hill best of the lot. Race favourite Any Second Now had experience of the race, course and overall, but he wasn’t able to keep up with the youngster, with Noble Yeats eventually registering a winning race distance of two and a quarter lengths.

To do all of this as a seven-year-old, but based on his true birthday, still, a six-year-old was pretty remarkable and allowed the race to have a fantastic story on the day for his race jockey.