The 2014 Grand National was the 167th edition of the race, the second year the race was shown on Channel 4 and the first time the race was sponsored by Crabbie’s, the Ginger Beer producer.

Pineau de Re took the race, winning by five lengths for trainer Dr Richard Newland and ridden by Leighton Aspell. The horse is a French-bred horse and became the sixth of that kind to win the race.

With some huge names behind them, both training and riding those in the placings, this was a race for the smaller names, propelling Dr Richard Newland and Leighton Aspell into the news, where they are not normally seen.

What Happened In The 2014 Grand National?

A full field of 40 runners went to post for the 2014 Grand National. The official going on the day was good to soft, ideal jumping ground and with no big weather swings, no runners were taken out due to the going.

This was one of the most wide-open Grand National’s according to the betting market, with no runner priced up at single-figure odds. We had 10/1 joint favourites at the off, with Double Seven and Teaforthree being sent off at this price.

Of those two runners, Teaforthree unseated his rider during the race, and Double Seven was the one to do best, eventually running on to finish third in the race.

Pineau de Re was the winner of the race, recording a winning distance of five lengths. He led on the turn for home and then extended that up the run in to come away from Balthazar King, who finished in second place.

Pineau de Re was one for the bookmakers, winning the race with an SP of 25/1, with two far more fancied horses finishing behind in second and third, which would have been very popular with punters.

Just under half of the field, 18 runners, finished the race, though many of these finished a long way behind the leaders and strolled over the line at the end. Across The Bay will go down as one horse who was unlucky in the race, almost carried out at one point, but he did manage to finish the race and came home in 14th place.

Stewards Inquiry Into The Race Start

Getting 40 horses lined up and off in a safe manner is not easy, but that is the job of the starters, and many were unhappy with the start of this race. The 4:15 pm off time was not hit, with a false start, but runners were sent away at the second attempt.

However, a stewards inquiry was held after the race into the start, with an incident involving assistant starter Simon McNeill where he was knocked over. Jockeys initially agreed to the inquiry, but after the first inquiry, refused to take part in another, stating via the professional jockey’s association their displeasure at the way in which the inquiry and whole fiasco was handled, firmly believing jockeys should not be punished as a result. 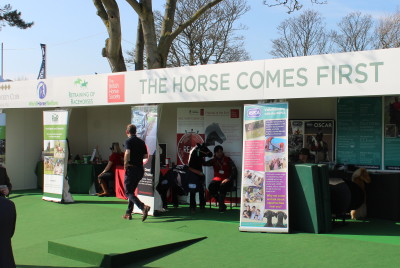 Modifications were made to the race this year, with additional rules and regulations put in place for riders in the race, based on how their horse is coping. Overall, the World Horse Welfare were happy with the changes that have been made, although one rider was banned due to the new regulations.

Jack Doyle was issued a 12-day ban after failing to pull up his horse when it was judged that the horse was too tired to continue. His mount, Wayward Prince, fell at the third last, and it was judged that he should have been pulled up before.