A hugely popular name on the northern national hunt circuit, there are few times when you will head to a northern jumps fixture and not see at least one Sue Smith runner. Seen as one of the flag bearers for the north, Sue is a hugely popular figure, and over the years, she has certainly had her fair share of success.

Born on February 23rd, 1948, Smith started to train racehorses in 1990, after previously spending time as an international showjumper during her younger days. Racing quickly caught her attention, though, and into the training ranks she went. She would marry someone else with a showjumping background, Harvey Smith, and he has been a long time assistant to his wife and a key member of the team.

In 2013, the yard had their most significant moment, winning the Grand National with Auroras Encore. After years of trying, they had their first runner in the race in 1993, and the yard had finally won the biggest race in the UK, up north, where they belong.

A shock when you look at the SP of 66/1, but perhaps not the biggest Grand National shock, as Auroras Encore led the field home in 2013 to win in great style. Twelve months prior to winning the Grand National, the horse finished second in the Scottish National, a similar contest, so had proven his staying and jumping ability.

Ridden by Ryan Mania, who was having his first ride in the Grand National, the pair came home to win by an official winning distance of nine lengths. When you combine a good round of jumping with the ability to stay the trip, you have a chance of winning the Grand National, and that is precisely what Auroras Encore had.

Sadly, this horse was injured and unable to race again, which meant we never saw him back to defend his crown a year later. However, in terms of a day in the sun, he certainly gave the Sue Smith yard one of their finest days in racing and the biggest win that the yard has ever had.

As mentioned, Harvey Smith is a vital part of this yard and how they work, and it was him who went to the sales and bought this horse. He paid €9,500 for the horse as a three-year-old before he had raced and took him home to the yard where he found some owners to take him on.

Flag Bearing for the North

The Sue Smith yard is one of the biggest and most popular in the North of England. It is rare to see big money purchases sent up north, these usually stay with the more prominent names down south. When the North does have success, it is usually down to one of their bigger trainers, and Sue Smith is as big as any of them in this part of the world.

From wins at the Cheltenham Festival to graded contests, big handicaps and more, when the North strikes, Sue Smith has been involved on many occasions.

In terms of the yard, they often buy horses that are built for staying chase races, so many of the horses they have will follow the same kind of path. Naturally quick, two-mile hurdlers are not really for the yard, most horses here will go chasing and run over three miles or further, making them an ideal yard for a race like the Grand National. 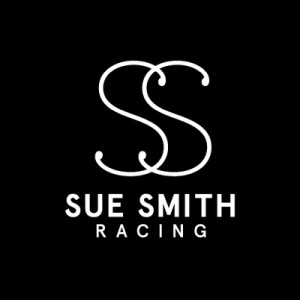 Here are some of the bigger names trained by Sue Smith during her career.