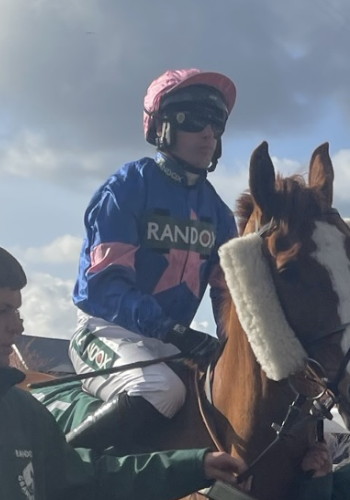 Born on December 23rd, 1989, Ryan Mania has had a strong love for horse racing since being a young child. However, there have now been two occasions where he has moved away from the sport, due to a couple of different issues. Despite all of that, he has been able to have one huge day in the sun, a win in the Grand National, which came in 2013 when he rode Auroras Encore to victory, for his then-boss Sue Smith.

It was a big day for Mania, the biggest of his career without a doubt. Usually one for the smaller Northern meetings, with the odd chance to go to a big stage thanks to the rides he gets for Sue Smith, this was a day for him and his skills to shine.

He first got on a horse at three years old and began to ride in point-to-point races aged just 12. However, two moments in his career have taken him away from the game, losing a job and connections, and struggling with his weight. The story of Ryan Mania is one that highlights the tough time jockeys have during their careers but also highlights his resilience and willingness to go again and give things another try

Auroras Encore was a big Grand National victory for the north, with Sue Smith training in the north of England and jockey Ryan Mania coming from Scotland. Priced up at 66/1 on the day, few fancied this runner to go close, but he eventually won the race by nine lengths. Clear at the elbow, Mania continued to drive his horse forward and maintain the lead he had built up, riding out to the finish and winning in great style.

After his victory in the race, what happened a day later shows the dedication of Mania, the life of a jockey and the dangers they face. He went up to Hexham to ride, showing that despite a big payday, he knew he had commitments and saw them out. Unfortunately, while riding in a handicap hurdle, his mount fell and Mania was injured on landing by horses behind him.

He was airlifted to hospital from the racecourse and although he was released a couple of days later, it is certainly not the way he would have wanted to spend celebrating his Grand National success. From winning the biggest steeplechase in the world to being airlifted to hospital after a fall, if ever there were 24 hours to show the dangers and life of a jockey, this is probably it.

We have seen Mania move away from the sport of racing, not once, but twice during his career, again highlighting the struggles that some jockeys face. Firstly, in 2011 when boss Howard Johnson lost his training license, Mania decided to step away from the game and focus on hunting in Scotland.

However, over the winter months he found himself wanting to return to race riding, so began to ride out at Sue Smith’s yard to get himself back in shape and get some contacts, before eventually becoming a regular rider for the yard.

His second move away from racing came in 2014 when he announced his retirement aged just 25. The reason was that he could not maintain his riding weight, was having big struggles eating and could not get any enjoyment out of riding winners because of this.

That could have been the last we saw of Mania, until 2019 when new rules were introduced to assist jockeys with their weight and nutrition. This was a big positive for Mania, who came back to ride full time, and has since re-associated himself with the Sue Smith team.