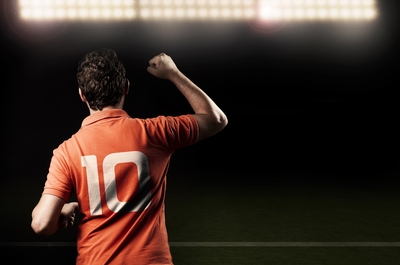 Have you ever noticed how many footballers, ex-footballers or football managers have shown an interest in the racing industry?

You will often spot them in the crowd at big meetings like the Grand National or Cheltenham, and they aren’t always just there as spectators.

This is something that has been on the increase ever since footballers started earning such huge salaries, but this isn’t where it started, it has been going on since way before the Premier League was born.

For instance, when he retired from football in 1986 Mick Channon went to work as an assistant trainer before becoming fully qualified as a trainer in his own right, looking after horses owned by the likes of World Cup Winner Alan Ball, the greatest manager in the world Alex Ferguson… and Kevin Keegan.

It doesn’t just happen in this country either.

Sergio Ramos, of Real Madrid fame, was a legendary defender for his club and country, but he also opened his own stud farm near Seville, name SR4 Stud. Diego Maradona was also a race horse owner.

Retired Peruvian striker Claudio Pizarro owns scores of race horses, and even owned one with Joey Barton for a time; while Colombian and one time Newcastle midfielder Faustino Asprilla owns several very valuable horses at his ranch in his home country – he even sat on one dressed as a T-Rex once and taught it to play football.

That slightly oddball example aside, why is it that footballers seem so drawn to horse racing?

The Link Between Footballers and Racehorses 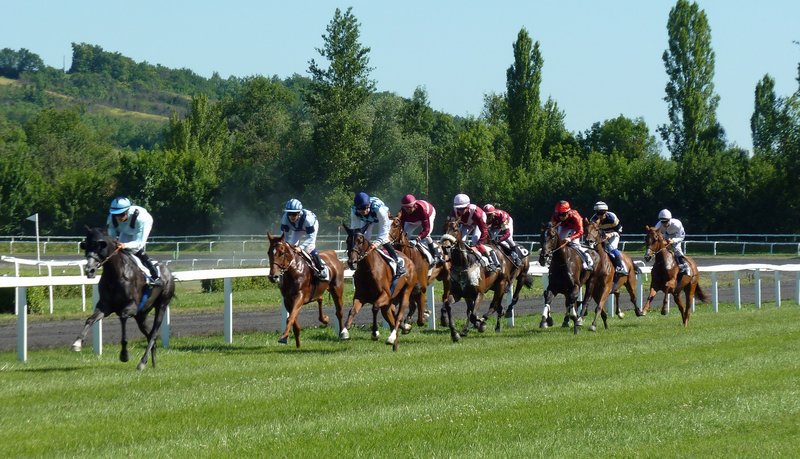 Racehorses are big business on and off the racecourse, but it isn’t exactly an industry with a low barrier to entry.

If you want to own or train race horses then you need land, stables, staff, horses… and money. Quite a lot of money. Most of us don’t have any way of getting hold of the sort of capital required to get into the racing business, but there are a select group of people out there who do.

For some reason, professional footballers (and managers) seem to love owning race horses.

Some of them who aren’t mentioned elsewhere in this article include:

The stats don’t exist to prove it – or if they do we haven’t found them – but it seems as though the number of football professionals who venture into the racehorse industry is hugely unbalanced when compared to other sports or job types.

For instance, you don’t tend to think of golfers or tennis players at the racetrack do you?

There also seems to be a proclivity for those players based in the North West to get involved much more often than those who play for clubs elsewhere.

Of course, the greatest race of them all, the Grand National, is run at Aintree, which is just outside of Liverpool, so this might explain some of the interest by players based in and around that area, especially if they grew up around the sport.

Each owner has their own reasons for becoming one, but we would say that there are three main reasons why footballers and managers venture into the world of race horse ownership.

Many many owners have spoken about the thrill of watching their horse romp home, the friends that can be made when buying a stake in a horse and becoming part of a group, and the satisfaction of watching a foal grow to become a winner.

For footballers who are used to adrenaline levels that most of us will never experience, owning a racehorse can be a similar experience.

It’s also something they can do with their friends, because footballers are surrounded by other footballers who also have lots of money to spend; so in the same way we might join a fantasy football league with our friends, footballers can buy a racehorse together.

Many have teamed up in this way in the past; Paul Scholes and Nicky Butt are one such duo, but Liverpool stars Jordan Henderson, James Milner, Trent Alexander-Arnold, Andy Robertson, and Alex Oxlade-Chamberlain are a more recent syndicate, co-owning Mr McCann on the advice of Michael Owen.

It’s who you know. 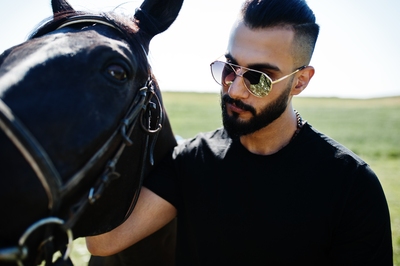 Many racehorse owners describe the peace and serenity they feel when watching their horse train, or when visiting them at the stables.

For famous footballers who have demands made of them everywhere they go, it must be a huge relief to be out in the middle of nowhere, where no one can contact you or take photographs of you, or ask you for autographs.

What’s more, the horse doesn’t care if there is a famous footballer standing in front of them, the horse will treat everyone equally, which in itself must be quite relaxing for someone who gets stared at every time they leave their house.

It has been proven that caring for animals can have restorative effect on people – petting small animals is used in some areas of therapy – and horses are famously sensitive beings. 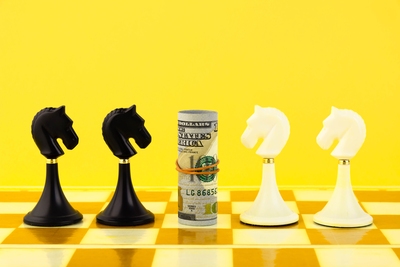 Footballers have a relatively short career, and it comes with risks too.

Sure, they are often paid huge wages, but footballers have managers to pay, and financial advisors, and an unknown list of other people riding on their coat tails.

They could suffer a drop in form or fitness, or be on the receiving end of a nasty tackle that causes an injury they never quite recover from.

All of these things can devalue them as players, which means a smaller pay cheque, and eventually once they have to retire no pay cheque at all.

Footballers have to think ahead and invest their money wisely while they are earning it, and as part of a diverse portfolio owning a racehorse can be one way of doing this. A more enjoyable way too.

Owning a share in a successful racehorse can pay dividends, and if the deal extends to breeding rights then those dividends will keep coming in long after the horse retires.

We have looked at the why so now let’s look at the who.

Below are some of the better known or most successful race horse owners from the world of professional football, although this is far from an exhaustive list, there are hundreds more.

Fergie got into ownership back in 1998 and has owned a couple of real success stories – it seems his talent for man management does not stop at human beings, he can even get the best out of animals.

His first was Queensland Star, and he even credits owning the horse with helping him achieve the treble with Man Utd in 1999, saying of the peace being out on the gallops brought him:

“No-one can get hold of you, mobiles phones are off, you are out in the fresh air. No-one can bother you. Perfect.”

Rock of Gibraltar was his biggest winner without a doubt, bagging seven Group 1 races in a row in 2001, just a couple of years after Sir Alex entered the game. These races included the 2000 Guineas and the Irish 2000 Guinneas.

The miler, sired by Danehill, was valued at £200 million when he was retired to stud.

The Boss’s other well known horses include Clan des Obeaux, Monmiral, and Protektorat.

A touching side note to his career in racing, is that Alex Ferguson donated his retired horse, I’m Fraam Govan – known as Guv – to Rochdale based equine charity Pastures New, so under privileged children can work with the horse.

Through their hilariously named business venture, The Macca and Growler Partnership, Fowler and McManaman bought several horses from over in Germany which seemed to be a shrewd move for them.

It seems that funny names are part of their MO, as they called their first ever horse ‘Some Horse’, and their second, ‘Another Horse’.

Racing commentators all over the UK were no doubt cursing them under their breath.

Seebald was one of their best known horses, racing for over a decade and clocking up 15 first place finishes and even ran in the Grand National.

Samon was another good performer with 5 wins in 15 races, but a much shorter career, and there were other horses with scattered wins and places etc.

They had plenty of others though.

All in all the Liverpool pair did pretty well out of horse racing though, with plenty of prize money to share between them. 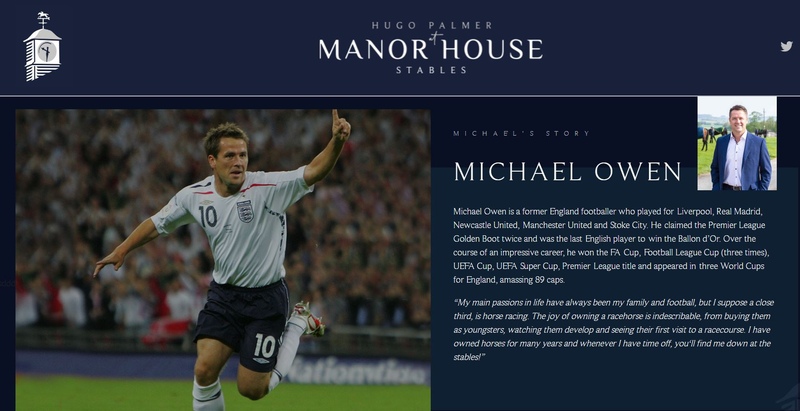 While some footballers get together and share the cost of owning a racehorse or two, a few others take things much further.

Liverpool legend and one time England golden boy, Michael Owen, is one of those people.

He is arguably the most successful ex-footballer to turn to horse racing, both as an owner and as a trainer.

He turned an old cattle barn into a fully operational racing stable back in 2007, mid-way through his career.

It is actually co-owned with Betfair founder Andrew Black, and now the stables trains hundreds of horses each year, including some owned by other footballers included on this page.

Owen has also owned a number of horses himself, including Brown Panther, who won 11 of his 28 races with the Goodwood Cup, the King George V Stakes, and the 2015 Dubai Gold Cup among them.

While for some players it works out, for others, like Wayne Rooney, it is an expensive gamble that never pays off.

Rooney and his wife, Colleen, bought 3 racehorses back when he was still playing, investing a reported £200,000 once all was said and done. This includes stabling, training, etc.

However, only one of the horses, Pippy, ever won a race, and that was after a long string of unsuccessful outings.

Rooney gave up on horseracing and sold his three horses, one for just £2,000, although he did briefly dip his toe in the water once more as part of a syndicate with other Man Utd players.

This one didn’t fare any better though, and they all sold their shares on after just a year.

He has owned a number of horses, all named after songs he likes, none of which have exactly set the sport on fire, but some did ok.

My Propeller had 5 or 6 wins as did Crying Lightning, with winnings of around £150,000 between them.

He has owned a few others too, and though some of them had long careers none did anything worth shouting about.

He must be doing ok out of it though because he’s still in the game, despite having moved onto football management as well, and now breeds as well as owns horses, Electric Love being one of his own.

The love between the sports of football and horse racing isn’t totally one sided.

To switch things around a bit, there are lots of horses that have been named after famous our beloved footballers, some of whom have also been racing fans!

Here are a few:

There are more, of course, but most are simply the last name of the player in question.

The most famous and most inventive names are included in the table above.