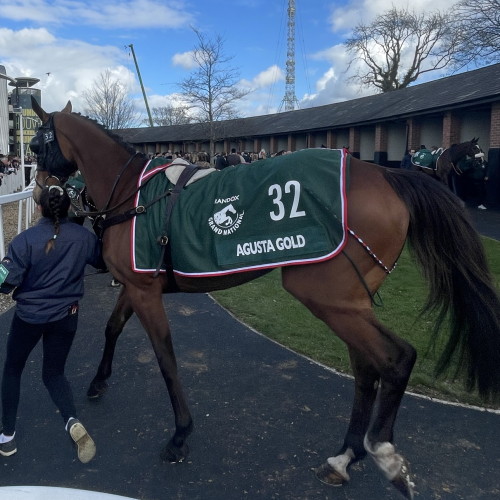 A talented mare who has worked her way through the racing ranks to the stage where she can compete against the boys in some of the biggest races on the calendar. Initially trained by Ms Margaret Mullins, in 2021, the horse was bought and moved to the Willie Mullins yard, where she would continue her racing career, and it was Willie who took her to her first Grand National attempt in 2022.

Foaled in 2013, Agusta Gold won five timers for Margaret Mullins over both hurdles and fences during her career. The last of those was a win at Grade Three level. This, combined with other good runs over longer trips, showed that she was capable of being a player in big, long-distance handicap races. 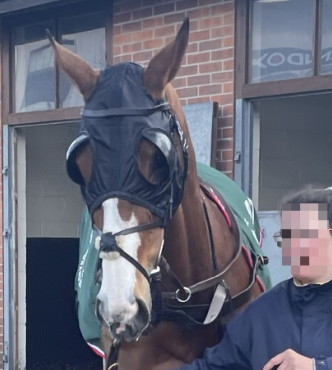 In April 2018, we saw Agusta Gold on the race track for the first time, and she made an immediate impression. This was a national hunt flat race, one that she won comfortably by seven lengths under Patrick Mullins. Straight after this, she was sent over hurdles, winning one of four summer starts, fishing second in two of her other races.

She proved to be a very consistent horse in her early days on the track, always being close to the front when it came to the finish of races.

From April 2018 until May 2019, she ran a total of 11 times and was in the top four on every one of those occasions, winning three of those races.

They included third in a Grade Three novice hurdle at Limerick and second in a listed handicap at Cheltenham, when she was sent across the Irish Sea to run in the UK.

The consistency remained despite the horse moving into better grades of racing and also going chasing. She left the Margaret Mullins yard in March 2021. The worst she ever finished in a race was fourth position, winning five races during that period, one flat race, two over hurdles and two over fences.

The biggest win of Agusta Gold’s career so far came with Margaret Mullins and was in her penultimate start with that yard. She won a Grade Three Mares Chase at Fairyhouse in January 2021, taking the contest by half a length.

What makes this run even more impressive is that it was her first run back from an enforced break due to injury. She was off the track for 320 days, so almost a year, but that didn’t stop her from coming back and, to date, winning the biggest prize she’s won in her career.

The bar has been raised since her move to Willie Mullins in terms of the quality of race she is running in, but so far, none of those have resulted in a win. Staying chase races are where she is now, with runs in the Aintree Grand National, Irish Grand National, Paddy Power Chase, Thyestes Chase and Irish Midlands National, to name just a few places where we have seen her compete at the top level.