Their best finish to date was in 2021 where they came 4th. They were ridden by Patrick Mullins and trained by Willie Mullins. 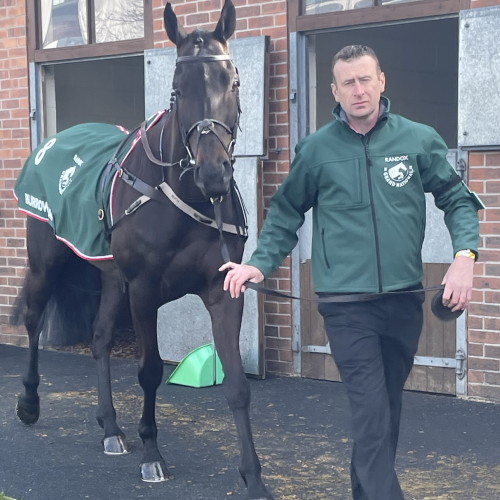 An ex-French racehorse who really came to life when being transferred to the Willie Mullins team in Ireland, Burrows Saint has proven himself to be a top-class staying chaser. He hit the ground running in Ireland, placing in a Grade One contest in his first season, and form there, he’s built on success and delivered more.

Foaled in 2013, the biggest day on the track for this horse came in April 2019, when he landed his third win in a row, and this one was a big one, the Irish Grand National. That instantly set up talk of running in the Aintree Grand National, which has followed, and so far, his fourth-placed finish in 2021 is his best on record.

This horse really failed to show too much in France. That may be down to needing a change of scenery, and the move to Ireland brought him on, or he could simply develop a little later, as some staying chase horses do, so it shouldn’t be a huge surprise.

He ran six times in minor French events, failing to win any of them, but he did finish second on three occasions, so there was a small amount of promise there if nothing else.

In Ireland is where he took off, moved up in trip, and he began with a win on his Irish debut, which came in November 2017. The Mullins team clearly thought something of this horse, as he ended that season by going to the Cheltenham Festival to run in the Martin Pipe Handicap Hurdle and then to a Grade One at the Punchestown Festival, where he finished third.

This third-placed effort was in the Champion Novice Hurdle, and although he was 12 lengths behind the winner, it was the first clear sign that this was a top-quality horse in the making.

The following season, Burrows Saint was sent chasing for the first time in Ireland, and this is where he really hit the headlines. He ran five times during this season, winning three races, including a huge handicap and a Grade Three race, while he also found himself going back to France for a run, where he came fifth in the Grand Steeple-Chase de Paris at Auteuil.

Burrow’s Saint won a Grade Three novice chase at Limerick in March 2019, which is his only graded success. That was the second victory of a hat trick he secured that season, but it was only the second-best of his big race wins, with the following victory being by far his biggest day as a racehorse.

In April 2019, Burrows Saint landed a third victory in a row, and it came in one of the biggest and most competitive races on the Irish calendar. He won the Irish Grand National at Fairyhouse. The horse was fancied to go well in the race, looking as though he could be well handicapped, despite picking up two wins earlier in the season to bump him up the handicap.

Punters latched onto his chances, and he was sent off as the 6/1 favourite to win the race, which he did, coming home strongly under pressure and a solid ride from Ruby Walsh to record a winning margin of just under two lengths.

Burrows Saint has run in many big races since that day, including the 2021 and 2022 Grand Nationals at Aintree, but so far, he has not won anything to eclipse his Irish Grand National victory. Fourth behind Minella Times in the 2021 race is his best performance at Aintree.