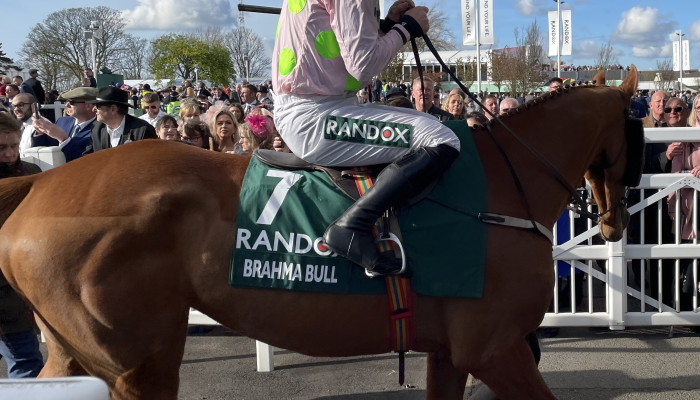 As mentioned, Brahma Bull made quite an impression in his early days, and while he never looked like a world beater, he was a formidable force and won races. We first saw him on the race track back in July 2017, when he won a national hunt flat race at Ballinrobe. This wasn’t the strongest of contests, but he was sent off as the 4/9 favourite, showing there was plenty of confidence in him from the yard.

A further two flat wins came in better races, and he was then sent over hurdles, where he came out and won on his hurdling debut by 11 lengths at Thurles. A minor injury came after this, so he didn’t run until March 2018, but when he did, Willie Mullins didn’t back down and sent him to the Cheltenham Festival and Punchestown Festival, where he would run in Grade One contests.

Chasing came a year later, and again, it was an impressive start for the horse. He won three of his five chase starts as a novice, including a Grade Three at Cork in November 2019, a race he won nicely by five lengths. 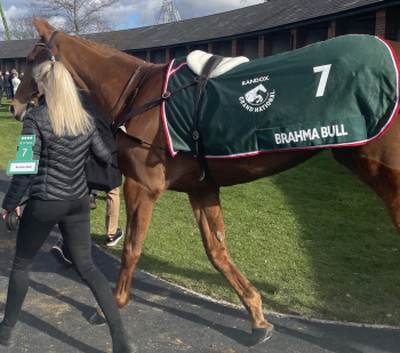 The Grade Three victory in novice company was one of two big race wins that Brahma Bull has to his name. That came back in 2019, and he would have to wait until May 2021 for his second.

This was in handicap company, the Pat Taaffe Handicap Chase, which is a Grade B handicap at the Punchestown Festival, a hugely competitive affair and Brahma Bull was able to land the win by a narrow margin of a neck.

He’s failed to win any other big races. Still, he has placed in contests behind horses such as Al Boum Photo, Minella Indo and Galvin while also placing third in the Ladbrokes Trophy at Newbury, one of the most competitive handicaps on the British racing calendar.

That all led to him running in the 2022 Grand National at Aintree, but unfortunately, he was pulled up three fences from home.