Their best finish to date was in 2022 where they came 13th. They were ridden by Sam Twiston-Davies and trained by Willie Mullins. 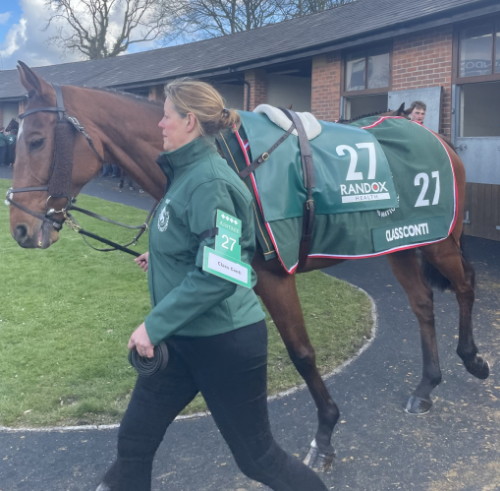 Class Conti was able to make two trips to the Grand National, competing in the race in both 2021 and 2022. He completed on both occasions, finishing 15th on his first attempt and then slightly bettering that to finish 13th in 2022.

Foaled in 2012, the horse began his racing career in France, where he ran a total of 12 times under two different trainers. Brought over to Ireland at this point, he was sent to the Willie Mullins yard, where he would remain for the rest of his career.

Sadly, when competing at the Punchestown Festival in 2022, the race after his second Grand National attempt, Class Conti suffered a stumble during the race and was fatally injured on the track.

As mentioned, it was over in France where Class Conti started off his racing career. He was first under the care of Guillaume Macaire, where he ran a total of seven times, and he got off to a good start winning four of those. The wins came in a flat race, over hurdles and over fences, so he’d done it all at a very early stage.

Next up, he was sent to Donatien Sourdeau De Beauregard, he was in some very good company here, running at a high level but was unable to get a win from five starts under his care. This was the moment he moved to Ireland with Willie Mullins, and in his first race with the yard, he went to Tramore and won by 23 lengths, raising a few eyebrows in the process.

He’d shown an ability to stay strongly, so was put in races that had a long distance and was also good on tough ground, so there were no problems with running him in the depths of winter on bad ground.

Unfortunately, the wins that Class Conti had during his career can’t really be described as big race wins, this was something that always eluded him. He went close on occasions, finishing second and third in the Thyestes Chase at Gowran Park while also placing in the Leinster National at Naas.

The Grand National at Aintree was the biggest race he contested. Still, he finished midfield in both attempts at the race, showing he was just short of having the level of ability required to really get involved in the finish against top-class competitors.