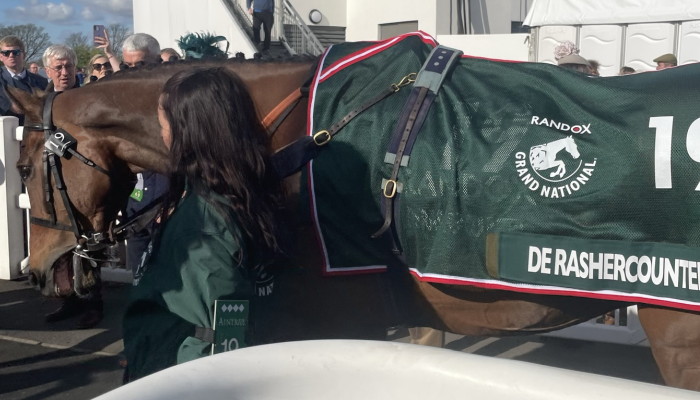 De Rasher Counter has proven his ability on the track, and while Grand National success hasn’t come yet, he has won one of the biggest handicaps on the national hunt calendar. That race was the Hennessy Gold Cup, where he came home to win by one and a half lengths to really put his name in the spotlight.

Foaled in 2012, Emma Lavelle has trained this horse since his move over to the UK, slowly taking him through the ranks, and along the way, he’s been thrown into some graded races while also competing in high-level handicaps. 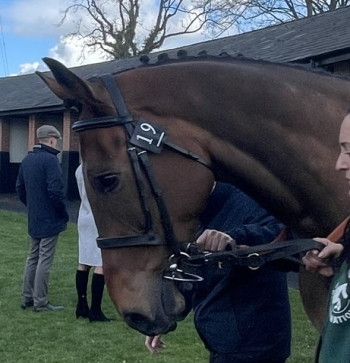 The start for De Rasher Counter came in Ireland, where he was trained by Elizabeth Lalor. She put him in point-to-point races at the start, three miles and big obstacles, so he was picking up valuable experience for later when he did go chasing.

He wasn’t the most fluent jumper to begin, falling on debut and in two of his first four starts. After that, things seemed to click, he was a good second and followed that up with his first point-to-point win.

A month later, he was sent to race under rules, going to Clonmel to run in a national hunt flat race, and despite this being completely different to what he’d faced in the point-to-point scene, he came away to win that race by one and a quarter lengths.

It was at this point that the horse was sent to be trained by Emma Lavelle in the UK, he went hurdling straight away and would land a win on his fourth start, in a handicap, after three solid runs in novice races.

Despite only winning a handicap, there was certainly plenty of belief in this horse at an early stage because his next race was in the Grade One Ballymore Novices Hurdle at the Cheltenham Festival. He fell at the last when in third place and staying on well, so this was certainly very encouraging for those watching him.

One race stands out as being the big win of De Rasher Counter’s career, and that is the Hennessy Gold Cup at Newbury. He won this race in November 2019, beating a very competitive field by one and a half lengths.

This race was as strong as it always is, you need to be well handicapped to win this race and to do it off a mark of 149 showed that De Rasher Counter was on the verge of being a graded horse, and one that was capable of running in any of the big handicaps.

Other notable efforts include a fourth-placed finish in both the Denman Chase at Newbury and the Cotswold Chase at Cheltenham, two events at Grade Two level, though he fell just short of what is needed to win something like that.

As for the Grand National, he had no luck at all in 2022, with rider Adam Wedge being unseated at the 8th fence after the horse was hampered and left with nowhere to go.