A four-time runner in the Grand National, Hallo Dandy was a super strong staying chaser who was capable of running against the best in that class. He ran four times, completed three and fell at the first fence in the race he didn’t complete.

His biggest career win came in 1984 when Hallo Dandy won the Aintree Grand National. He was ridden by Neale Doughty, giving the jockey his first Grand National win, while trainer Gordon Richards picked up his second race victory.

His overall Grand National record ended with four runs in the race in four consecutive years. He finished fourth to place in his first run, followed that up with a win, and then fell at the first fence before finishing in 12th place on his last run in the race.

Winner Of The 1984 Grand National 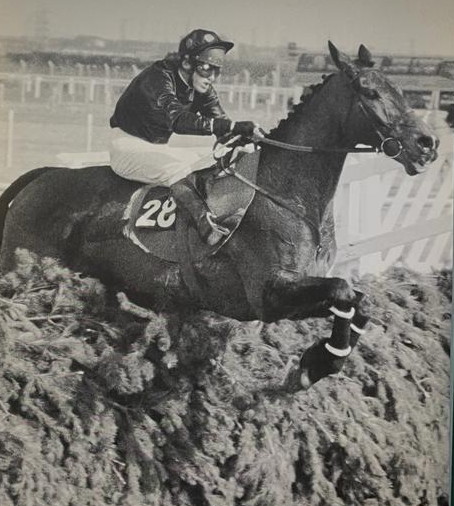 After coming close in 1983, but only managing to finish fourth, Hallo Dandy was back for more in 1984, and this time, he went home with the biggest prize. Hallo Dandy went into the race with a chance from the handicapper, he ran well in 1983 and was raised just 1lb in the weights for that run. Combined with a good prep run on his way to the race and the fact that he got the good ground he desperately needed to show his best, it is fair to say that everything was in his favour.

There were plenty of interesting runners in the race, all of whom had chances, and the betting market reflected that by having a 9/1 favourite, which was Greasepaint, who was second last year. As the horses went into the second circuit, some began to fall away, leaving only the main contenders, and when the horses reached the Canal Turn, Greasepaint and Hallo Dandy were the two horses in command and ahead of the field.

By the time these two reached the final fence, they were well clear of everyone else, this was a two-horse race, and Hallo Dandy went a length clear at the final flight. He didn’t stretch away, though, Greasepaint stuck with him all the way, and there was still a chance for the order to change.

Although not overly impressive, Hallo Dandy was able to keep clear of his only rival, and in the very closing stages, he did manage to go a little further clear, to record a winning distance of four lengths.

After struggling to get home 12 months earlier, which resulted in him fading away to finish fourth, Hallo Dandy showed that he was a strong stayer and able to get home in good style when on better ground, which is what he got here.

After winning the race on his second attempt, Hallo Dandy would return to Aintree and run in the Grand National a further twice. He was back in 1985 to defend his title but didn’t get very far at all. On that occasion, he fell at the first fence, ending his chances of retaining the Grand National crown as soon as he set off.

He did manage to get around in 1986 but could only finish 12th that day, as age began to catch up with him, being a 12-year-old. Following that run in the 1986 Grand National, Hallo Dandy was retired from racing. 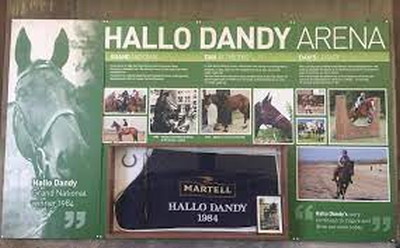 There was a further story to come with Hallo Dandy, and unfortunately, it wasn’t a good one, which would go to highlight the troubles that ex-racehorses face and the fact that they can be neglected after their racing career.

After being retired from racing, the horse was loaned out to the Earl of Onslow, who rode him to hounds with a hunt in Leicestershire. At the age of 20, Hallo Dandy was turned out in the field in an estate in Surrey that Onslow owned.

This was when he was discovered, in 1994, in very poor health, due to neglect. It took some time for him to be identified, but when it was, there was shock around the racing world that a horse who had won the biggest race in national hunt racing could be neglected and left in this way.

It was an easy win for the people who are against horse racing, as they claimed that even the best horses were left neglected when they had no value and were not racing, and the discovery certainly didn’t help the image of the Grand National.

Richard Shaw, the owner of the horse, took him back into his care and then gifted the horse to the British Thoroughbred Retraining Centre, who slowly worked with him and helped the horse regain his health. For the rest of his life, he was seen as a champion for the welfare of ex-racehorses and was used to raise awareness and show the importance of getting it right.

Hallo Dandy was an excellent Grand National horse and turned himself into a bit of a specialist for the race, running four times in it. In terms of big wins, he won the race once, and that was his only real big race win of his career when he took home the title in 1984.

Of course, many would argue that there are no other races as big as the Grand National, and it is the prize that everyone wants to win. Hallo Dandy did that, winning at a time when he was seen to be nicely handicapped in the race and, crucially, got the good ground that he needed to be at his best.