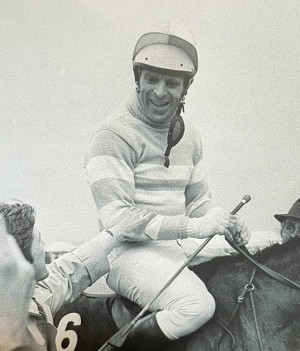 Dick Saunders was an amateur jockey who made a big impact on the Grand National, despite his time with the race being brief. He rode in the contest just once but was able to come out on top and win that race aboard Grittar in 1982.

Born on July 28, 1933, Saunders made history when he won the race, and it wasn’t because he was winning it on his first ride. He became the oldest winner of the Grand National, crossing the finishing line as a 48-year-old and doing it as an amateur rider because he had another job alongside.

The story of the 1982 race has plenty of angles worth looking at, but the winning jockey angle is, without a doubt, the biggest. Dick Saunders made history, and he won the race in grand style with Grittar and then decided it was best to go out on top of the sport, so he retired from race riding after winning the biggest prize.

Winning The 1982 Grand National On Grittar 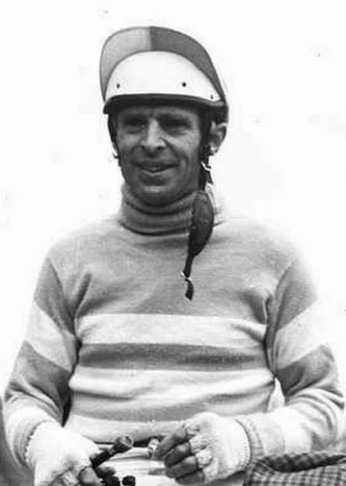 The biggest day of Dick Saunders’ career was in 1982 when he won the Grand National. He was an amateur rider who didn’t really start race riding until he was in his 30s, so he had a very late blossoming career, which is why he continued to ride for so long when many had retired.

The race itself was remembered for the chaos in the early stages. At the first fence, ten horses fell, all independently of each other, this was called a pile-up at the time, but the horses were scattered all over the course, rather than one particular horse falling and bringing down others. Chaos continued, by the time the runners had got to the ninth fence, we went from a starting field of 39 runners down to just 19.

Those who had stayed in the race had luck to be thankful for, but also great steering and dodging from the jockeys, in the early stages of the race, every one of them, including Saunders, were excellent on board.

Things calmed from there, but when the race reached the business end, there was nothing else going anywhere near as good as Grittar. Saunders had him in the perfect position and went for glory on the horse, even when he had a clear lead, he was still going much better than anything in behind him.

A couple of strong jumps left him well clear, in the final furlong, he was ahead of the rest, looked like a horse that had just entered the race, and could go round again, while those in the distance were finishing tired. Knowing he was clear, Saunders comfortably came up the run in to a huge ovation, enjoying the moment of bringing home a winning favourite in the Grand National.

The fact that this horse was a hunter chaser, and ridden by a 48-year-old amateur, did nothing to put the public off, even though many pundits and TV tipsters were wary of the horse because of those two things. Clearly, the public put their trust in Dick Saunders, and he repaid them in grand style.

After the race, Saunders announced that he would be retiring from race riding, which was great for him, as he was able to go out at the very top of the sport he loved, even as an amateur. Of course, given his age, Saunders was always going to retire at some point, and according to his wife after the race, he had pre-planned with her that the Grand National ride would be his last, regardless of whether he won or lost.

This would be the one and only time that Dick Saunders would ride in the Grand National, he graced the race with his presence just once but left a lasting impact.

Becoming The Oldest Jockey To Win The Grand National

There is every chance that the record set by Dick Saunders in 1982 will never be beaten, and he will hold it forever. At 48, he became the oldest jockey to ride a Grand National winner, and given how tough this race is and the danger it brings, it is remarkable for someone of 48 to be able to win it.

Of course, being an amateur and starting to ride much later in life, Saunders didn’t face the wear and tear that affects other jockeys, which is why he was able to keep going for so long.

Since winning the race, no one else has come along and won the race at an older age, and it is highly likely that no one else will be able to match his feat in the future. Assuming nothing incredible happens, this should leave Dick Saunders holding a Grand National record forever.