The 1987 Grand National was a victory for the smaller names in the racing world. The race was won by Maori Venture, who was trained by Andrew Turnell and ridden by Steve Knight. A winner at 28/1, he wasn’t really fancied too much in a betting market that was completely dominated by two runners, who had both impressed in different races and at different times.

West Tip won the 1986 Grand National and had turned himself into a horse that the public had fallen in love with after that victory. He was strongly fancied again, as was Dark Ivy, an Irish horse who had been campaigned in the UK for the entire season. He won six races and finished second in the Eider Chase, a race very similar to the Grand National.

However, despite being short odds, neither of them were able to go with the winner, Maori Venture, who ran all the way to the line and won the contest by five lengths.

What Happened In The 1987 Grand National? 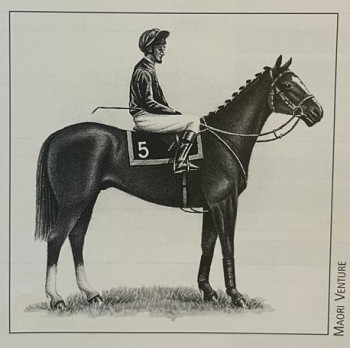 The betting market ahead of the 1987 race was focused around two runners, one that had impressed during the season and another that was much loved following his 1986 Grand National win.

The winner in the previous year, West Tip, was sent off as favourite, at 5/1, slightly ahead of Darky Ivy, who was sent off as the 11/2 second favourite, with pretty much nothing between the runners. West Tip had race experience, running for his third time and looking to back up his win last season, off a 10lb higher mark.

For Dark Ivy, it was all about the present. He’d won six races over the season, rapidly improving and continuing to show that he had more in the locker to give. The Eider Chase, a race that offers the same kind of staying test, was his final run before the Grand National, and he finished second in that contest, which set him up nicely for a National tilt.

Dark Ivy fell in the race, going out at Becher’s Brook on the first circuit when other horses ran across him, which was an early blow for those who had backed him. The fall was fatal, unfortunately.  West Tip faired better, he did manage to complete the race but only finished fourth, with the additional weight preventing him from repeating his 1986 success.

In the race, we saw all the leading contenders get round to Becher’s Brook on the second circuit, except Dark Ivy, and that set us up for a great race. Lean Ar Aghaidh led the race almost from the start and was still there at the final fence. However, it was clear that he was beginning to tire, and challengers were coming.

Maori Venture and The Tsarevich surrounded the leader, going up sides after the final fence and both managed to overtake their tiring rival. West Tip was back in fourth and appeared to have half a chance, but when the runners reached the final fence, it was clear that he was also tiring, with the weight on his back preventing him from getting involved.

Up the run-in, Maori Venture was in the lead, but The Tsarevich looked to be going a little better than him, now into second place. However, he could not overhaul the leader, who pulled a little clear in the end and came away to win the race by five lengths. The Tsarevich was four lengths clear of Lean Ar Aghaidh, who was a brave third place but ultimately paid for leading the whole way and didn’t quite get home as well as the front two.

West Tip had another great spin in the Grand National, but ultimately, with more weight on his back, fourth was all he could manage.

Unfortunately, after the race, horse racing received some bad publicity following the fatal fall of Dark Ivy. As one of the leading contenders for the race, there was a lot of focus on him. In the aftermath, TV pictures showed a slow-motion, graphic image of the moment he fell and died, which was widely criticised.

Images of the fall, alongside calls for the race to be modified, or worse, completely cancelled, were on some of the Monday morning newspapers, which certainly didn’t put the sport in a good light. This wasn’t helped by the fact that the public had really taken to this horse and saw graphic images of his demise.

A few days later, the news added even more anger to the whole situation, just when the racing world was hoping to get past it. It was confirmed that despite being against the owners’ wishes, Dark Ivy’s hide was sold to a tannery, which seemed like a further insult to those upset about his death. 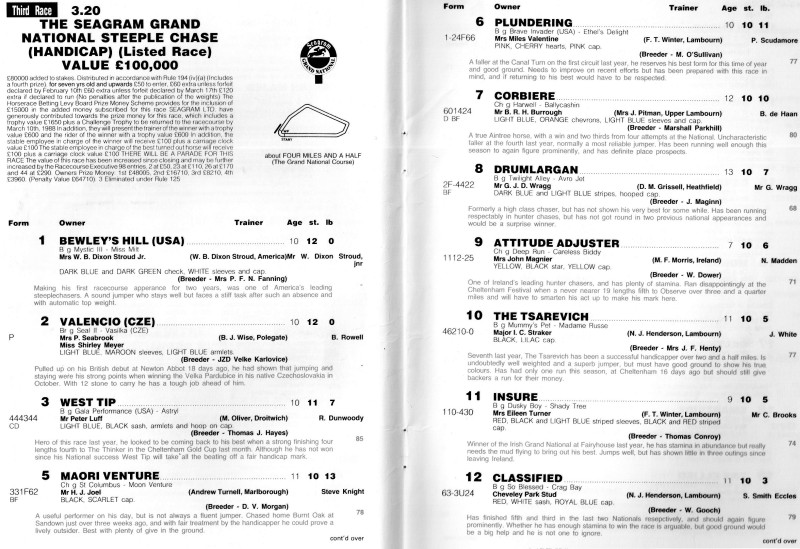 When a horse wins the Grand National, talk almost immediately goes onto what they are going to do next. Some are tasked with other races, while others will attempt to come back and win the Grand National again, just like West Tip did this year after winning in 1986.

However, there was none of that talk with Maori Venture, when the race victory was celebrated the following day, it was announced by his owner Jim Joel that he would be retired immediately.

One of the great feel-good stories to come out of this race concerned the owner of the winner Maori Venture, which was Jim Joel. He was a real lover of the Grand National and had always wanted to win the race, having many attempts during his 30 years as an owner.

The race had eluded him in the past, but this was his year. At 92 years old, he finally landed the one that he wanted. He first attempted to win the race in 1957 and knew that he was coming to his final chances to win it, given his age.

Remarkably, Joel wasn’t in the UK to watch the race when his horse won, and during the contest, he was part way between South Africa and the UK on a flight. However, he certainly celebrated well the day after, finally getting the win he had been chasing.