A fancied runner, which gave punters a strong year against the bookmakers, combined with a popular Irish racing family taking home the prize, led to a Grand National in 1999 that many will remember.

Unusually, especially in recent times, we saw a field of just 32 go to post for this contest, which was ironic given the year was when reserves were introduced, in a bid to keep the field at 40 this year and beyond

What Happened In The 1999 Grand National? 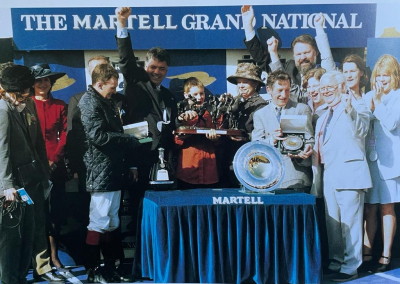 A smaller field took part in the 1999 Grand National, with a total of 32 runners beginning the contest. Of those, 18 finished, a strong number, with 14 failing to get around. The race was well contested, and on good ground, which aided the number of finishers.

The winner was Bobbyjo, who was ridden by Paul Carberry. As mentioned already, this was a family affair as Paul’s dad, Tommy Carberry, was the trainer of the winner. He was sent off at 10/1, close to the head of the market, and came away nicely to win by 10 lengths.

He was ahead of Blue Charm in second place at 25/1, while Call It A Day, the joint-second favourite was third at 7/1 and lastly, Addington Boy finished fourth at 10/1. Bobbyjo flew over the last, and that jump was almost enough for him to win the race on its own, but he stormed up the finish to clear away from anyone that felt they had any chance of catching him.

Eudipe was the only fatality in the race, falling at Becher’s Brook on the second circuit, an incident that saw a total of five runners go out of the race at the same fence. 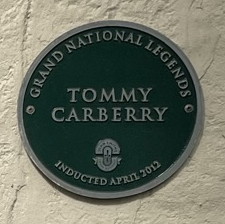 The Grand National of 1999 was a great day for the Carberry family. Having anyone associated with the winner is a big deal, but this family had two. First of all, the winner was trained by Tommy Carberry, while the jockey was his son, Paul Carberry, giving them a double celebration.

The Irish hadn’t won the Grand National for 24 years up until this day, and it took a family effort to make that happen.

Two new rules were brought into the race in 1999.

The first surrounded the maximum field number. This was still 40, but reserves were added at the 48hr declaration stage, three in total. These would enter the race to cover for any late non-runners and ensure the field stayed at 40. However, with only 32 declared this year, there was no need to have this in place.

The second rule banned trainers from running their Grand National horses in any other race at the meeting. Something that hadn’t happened for a while, but was more popular many years ago, finally it was banned to prevent horses from running twice in three days.