A long-standing name in the world of national hunt racing, Venetia Williams is a name that almost every fan will know. She has been training horses for decades, and while she hasn’t quite hit the top ranks, regular runners and the odd big race winner keep her firmly in the picture.

Born on May 10th, 1960, Williams began life as an amateur jockey but had to retire from race riding in 1988 when she suffered a broken neck. After that, training was her aim, she went to work under some big names, including Martin Pipe, before taking out her own training license in 1995 to begin that chapter of her career.

The biggest win of her career came in 2009, which was an excellent year for the yard. The horse that took her into the spotlight was Mon Mome, who recorded a Grand National win at enormous odds of 100/1.

With the biggest SP since Foinavon in 1967, this race was certainly one for the bookmakers. However, those who did back Mon Mome for success will undoubtedly remember, given they were paid out at 100/1.

How the horse got to that price remains a bit of a mystery, as he was a favourite for the Welsh Grand National just a few months before. He was disappointed that day but certainly nowhere near enough to allow his odds to go up to three figures.

Mon Mome was the first French-bred runner to win the race for 100 years, a first win for Venetia Williams and jockey Liam Tredwell, and just the second time that a female trainer had won the race.

With a winning distance of 12 lengths, this was by no means a tight race, and Mon Mome was clearly going to be the winner for most of the run in. Back in second was Comply Or Die, who won the Grand National a year earlier, but with more weight on his back, he was unable to reel in the leader.

Delight was evident for all to see, with jockey Liam Tredwell celebrating in style as they crossed the line, the winning distance his mount won by was enough for him to relax in the final few strides and let out his emotions. 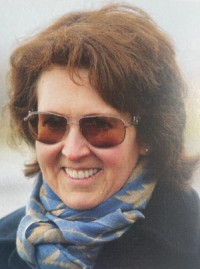 In winning the race, Venetia Williams became the second female to train the winner of the Grand National. Jenny Pitman was the first, she won the race three times in 1983, 1993 and 1995. She was one of very few female trainers back then, but in recent times we have seen more enter the sport as trainers.

Those such as Venetia Williams, and the success she continues to have in the sport, are only going to act as a catalyst for others to join in and try to make a success of their own careers.

When Venetia Williams looks back on her training career, she may well look back to 2009 as being one of her greatest periods. Strong winners throughout the season gave her a good start, but it was in the spring that she really came to life.

First up, at the Cheltenham Festival, she had two winners within a couple of hours on the same day. Kayf Aramis won the Pertemps Hurdle, followed by Something Wells winning the Festival Plate, a race where she also trained the second.

Mon Mome’s success followed that in the Grand National, three winners on the two biggest stages we have in UK racing, all coming within a period of less than a month. 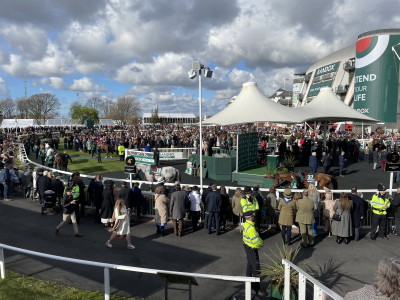 When you think of Venetia Williams, you immediately think of staying chasers. This is a style and horse type that she continues to buy and has a lot of success with. This means she will always have horses in the yard that are seen as potential Grand National horses, either in the current season or for the future.

While she continues to go down this route and pick up horses who need a trip and can stay strongly, she will always have a chance to pick up one that could find a way into the Grand National at the end of the season.

Life As A Jockey

Not too many people go straight into training horses without being involved with another aspect of the sport, and Venetia Williams is no different.

She was an amateur jockey on the national hunt scene to begin with, and going well until a broken neck injury forced her to retire from riding early. Her love of horses remained, though, and she carried on by working in training yards, including for Martin Pipe.

That gave her the knowledge to train independently, taking out her license in 1995, and the rest, as they say, is history.

Here are some of the bigger names trained by Venetia Williams during her career.