Comply Or Die was the 2008 Grand National winner, giving jockey Timmy Murphy his first win in the race at the 11th attempt, and also a first win for trainer David Pipe, who followed in the footsteps of his dad, Martin Pipe.

Strongly fancied on the day, Comply Or Die was sent off as the 7/1 joint-favourite, alongside Cloudy Lane, who was the long-time favourite for the race in the build-up.

After the race, Murphy told reporters that the race was the highlight of his riding career, and trainer David Pipe had told him the horse was a certainty to win the race, such was the confidence in the yard.

Owner David Johnson, a name strongly associated with national hunt racing, had previously watched 20 horses in his colours fail to win the race, but Comply Or Die made it 21st time lucky for him.

What Happened In The 2008 Grand National?

Having been very well backed, and eventually going off as the joint-favourite for the race, Comply Or Die was certainly seen as a result for punters. Many will have enjoyed betting success in the race, the horse was certainly a popular winner.

40 horses set off in the race, and just 15 of them were able to finish, despite the ground being named as good on the day, and many horses looking as though they were in with a chance of winning during the second circuit.

Alongside the winner, Cloudy Lane was the other 7/1 joint-favourite, a horse that was favourite for much of the build-up, though he was only able to finish 6th in the race. Behind Comply Or Die, Irish runners filled the remaining places, with King John’s Castle in second, Snowy Morning in third and Slim Pickings in fourth.

In the race, runners were together at the final fence, but it was Comply Or Die who took the jump better, giving him the momentum to take the lead. He was never headed on the run in, moving away to win the race by four lengths.

Jockey Mick Fitzgerald rode L’Ami and suffered injuries in a fall, which would later force him to retire from race riding, while McKelvey unseated his rider and then veered off the course, falling and fatally injuring himself.

In what was a rough race, it was Comply Or Die that crossed the line first to take the prize.

We saw not one jockey retire after the race, but two. Tony Dobbin announced before the race that he would be retiring from the sport and rode in his last national here. Alongside Dobbin, this was also the last time we saw Mick Fitzgerald in the saddle.

The retirement of Fitzgerald was not planned, he suffered neck and back injuries in his fall from L’Ami, which left him requiring hospital treatment after the race. The spinal injuries suffered by Fitzgerald proved too much for the veteran rider, and he announced his retirement because of those injuries, later in the year. 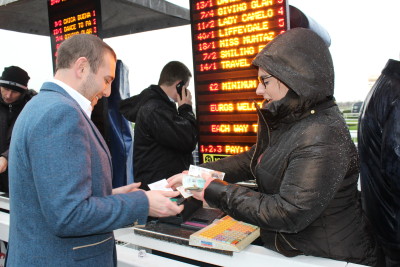 The win of Comply Or Die will have been celebrated up and down the country by many. Well backed on the day, he was sent off as favourite, with plenty of confidence around his chance. After the race, we found out the extent of confidence in him from the David Pipe yard, who saw him as a certainty in the race, as long as he managed to avoid trouble, something he did.

After a big priced winner in 2007 when Silver Birch won the race, this was certainly one where punters won the battle, many will have latched onto the horse, and the famous colours of David Johnson, who was rode to victory by Timmy Murphy.