Mares And The Grand National

Between the first running of the Grand National and the 2019 outing, just 13 mares have won the race. Indeed, none crossed the finish line first between 1951 and 2019. It doesn’t take long for a person to read that fact and wonder why, exactly, mares don’t seem to do well in the Grand National. Is it simply that the toughness of the race means that it lends itself more to male horses that can cope with the rigours of the event, or is just that far fewer run in it and are therefore numerically less likely to win?

The first place to start is by looking at the numbers. 40 horses are allowed to take part in the Grand National each year, so the field is already strong before you take into account the sex of the horses taking part. In 2019 just 1 mare, Magic of Light, took part in the race. Initially there were supposed to be 4, but even that is just a tenth of the field.

It’s no great shock really, when you look over the flat racing and see that 63% of all horses partaking in the sport are male compared to the 37% of females. It’s a similar thing in the world of jump racing, with males coming in the form of stallions, geldings and colts depending on whether or not they’ve had ‘the snip’.

With that in mind, it’s hardly a shock that so few mares have come out on top in the Grand National since its inception. After all, you might like the look of your odds of winning the lottery if you were told they were 1 in 40 but you might not be so keen of being told that was the chance of you surviving a hot air balloon flight, so it’s fair to say that it’s not the sort of figure that would have people racing to the bookies to place a bet.

Of course, one thing worth remembering is that the Grand National isn’t a race that tends to lend itself to things repeating. Between the post-war running of the event and 2019, for example, the favourite or joint-favourite at Starter’s Orders has won the race just ten times. If a favourite is likely to struggle to win the race then what chance has a mare got against what will usually amount to at least 30 male horses? 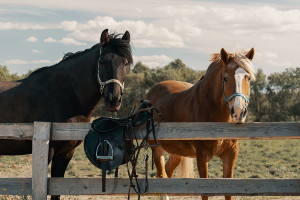 There have been winning mares in the Aintree Racecourse showpiece event, of course. Here’s the full list of female horses that have beaten off their male counterparts to secure victory in the Grand National in years gone by: 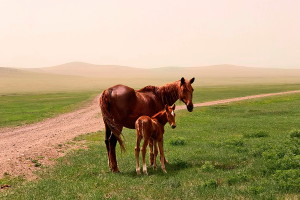 Between 1951 and 2019, eight different mares have placed in the race, with one of them managing it twice and another doing so for two consecutive years. Here’s how they each performed:

Magic of Light can be considered to be extremely unlucky, given that she was up against Tiger Roll who was the clear favourite for the win having achieved it the year before. She was 66/1 compared to Tiger Roll’s odds of 4/1, so that gives you some indication of just how much of an outsider she was considered to be and how comparatively well she performed when you think about it.

Tiger Roll, incidentally, was the exception that proves the rule in terms of things not often happening in the Grand National. He became the first horse since the famous Red Rum to win back-to-back Nationals when he repeated his 2018 achievement in 2019, though Magic of Light suffered a 2nd place finish as a consequence.

The Grand National is a race that not only requires extreme demonstrations of stamina from the participants but also the ability to withstand some truly testing fences and jumps as they make their way around the racecourse.

Just as with humans, male horses are usually bigger, taller and stronger than their female counterparts. This means that they’re more physically able to cope with the battle of making their way around Aintree Racecourse, dealing with the pounding that they’re given and the battle that they’re put through more readily.

The temperament of the horses is also relevant. Female horses are, generally speaking, more placid than their male counterparts. The result is that they tend to be less aggressive on the track than the males, especially the stallions that can be as flighty as a female in season but more able to focus that energy into making it over the jumps as much as possible.

That’s not to say that males are automatically considered to be better than females by those responsible for giving ratings to UK thoroughbreds. The median for male horses is 69 out of 140 compared to 64 for females.

In the world of non-handicap racing, fillies and mares are typically given an allowance of a few pounds when compared to the male horses, which often have to carry heavy weights in an attempt to level the playing field. The Grand National, however, is a handicap race and therefore the weight assigned to each participant is based on their rating.

As an example, here’s the handicap weight of five different horses from the 2019 running of the Grand National along with the horse’s Starting Price odds:

As you can see, both Walk In The Mill and Singlefarmpayment were considered to be better than Magic of Light in the eyes of the bookmakers but carried less weight than her and also finished behind her. The point being that the handicap alone isn’t enough to stop a mare from doing well but it can certainly make a difference in horses that don’t have the skill of Magic of Light.

Given that male horses are much less popular for the trainers and owners entering horses into the Grand National, the next natural question that will spring up is ‘why?’ The answer might well have to do with a more long-term gain than punters will take into account when making their selections for their National bets.

A female horse can only produce one foal a year. A breeding stallion, meanwhile, can produce many offspring every single year. The more successful a horse is, the more its value goes up when it comes time to breed it. That means that there is a significantly larger amount of money available for a successful male horse after it has finished racing than a female one.

With that in mind, is it possible that there is a focus on ensuring that male horses win because they have the potential of raising millions of pounds in breeding fees as Grand National winners if put out to stud when their career is over? It’s something worth thinking about.

When you sit down to place your bets for the Grand National you’re not necessarily going to spend a long time thinking about how much or how little money the owner of the horse you’re looking will make when they’ve retired if they win the race, but you should definitely think about your selection’s gender. Mares just don’t do well in the National.